Lesley Miller, Lead Curator at the Europe 1600-1815 Galleries, explains the stories that the galleries reveal, as well as going into detail with the curatorial and interpretation processes.

The V&A opened its Europe 1600-1815 Galleries earlier this month after a major five-year renovation project, working with the architectural practice ZMMA and with core-funding of £4.75million from HLF.

Over 1,100 objects from the Museum’s unrivalled collections of 17th- and 18th-century European art and design are displayed in a suite of seven galleries. The narrative was devised through consultation with academic and curatorial specialists, and also through audience research with potential visitors to the galleries.

Three major stories unfold, each more or less prominent according to the gallery:

The title of the first gallery, 'Europe and the World, 1600-1720', articulates our approach. Its content epitomised by displays on the local and the global, from Dutch Domesticity to the worldwide Catholic Church and Global Trade.

[quote]"Over 1,100 objects from the Museum’s unrivalled collections of 17th- and 18th-century European art and design are displayed in a suite of seven galleries."[/quote]

Historically, the V&A has displayed fashionable, high-end design from Western Europe in these galleries, so the challenge was how to extend the narrative to include a ‘wider Europe’, with a broad social, geographic and racial perspective that included references to colonialism and slavery.

Targeted exploration of the collections for objects – Asian, African and South American, as well as European – led to useful discoveries that we set alongside the more traditional ‘must-haves’.

Certain practicalities guided us: the Museum’s focus is on art and design, its collections are undoubtedly stronger in some areas than others. As a result, we decided not to construct displays around particular places (such as Russia) or historically complex subjects to which we could not hope to do justice (like the slave trade, which varied from state to state in how it operated).

Instead, these objects sit in varied thematic displays where their significance is explained (Grand Dining, Local Traditions, or the French Revolution). In addition, our activity areas (The Cabinet and The Salon) introduce how Europeans classified ‘exotic’ objects and peoples, while our audio highlights tour addresses different interpretations of Africa, America and the slave trade through dessert dishes from Meissen (Dresden) and a figure group from Sèvres (Paris).

You can read more about the galleries on the V&A website. An online audio guide is also available. 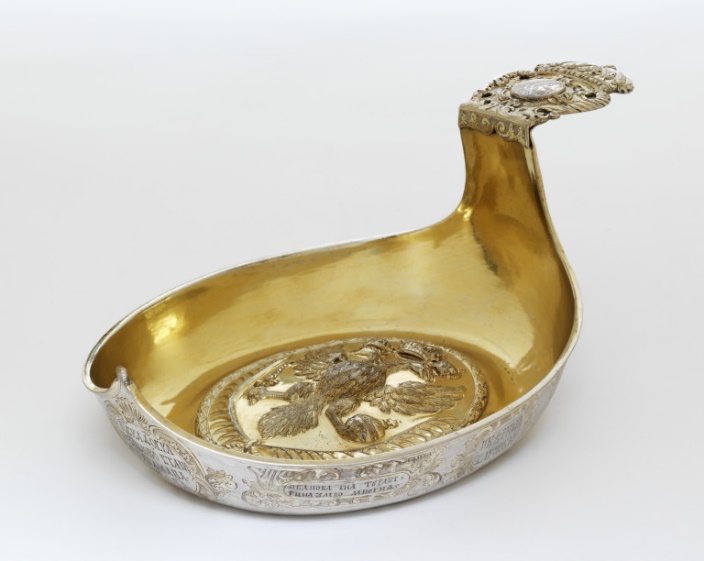 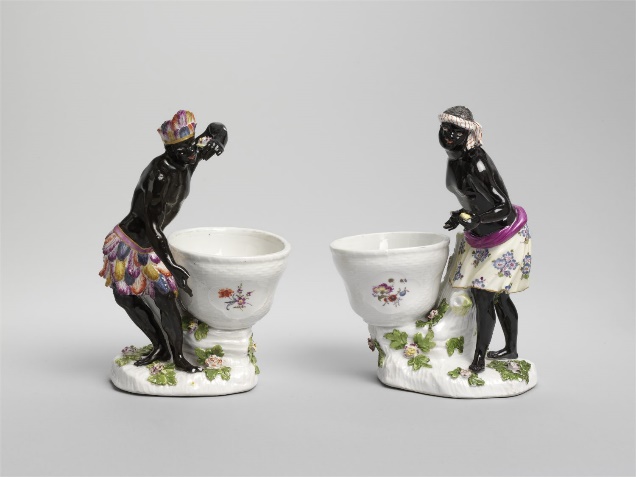 Dessert baskets with figures of America and Africa. 1765–75. Germany (Dresden). Modelled by J.F. Eberlein. Made at the Meissen factory. Porcelain painted in enamels. Bequeathed by Captain H.B. Murray. 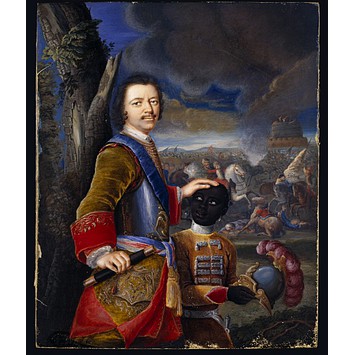 Display on Louis XIV and the Rise of France: Peter the Great with a Page. About 1720. Probably Russia. By Gustav von Mardefeld. Watercolour on vellum. Bequeathed by John Jones. 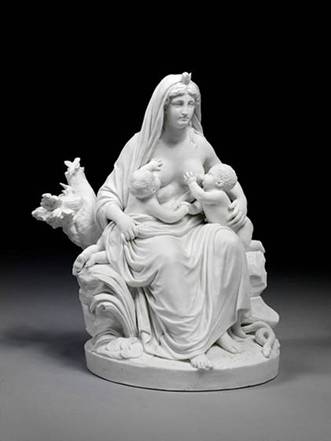 ‘La Nature’, 1794. France (Paris). Designed by Louis-Simon Boizot. Made at the Sèvres factory. Biscuit porcelain. Purchase funded by the Friends of the V&A Museum