This week has seen St Fagans’ newest addition – Iron Age farmstead Bryn Eryr – officially unveiled to the public, thanks in part to £11.5million support from HLF - the largest grant ever given by HLF in Wales.

Following more than three years’ hard work by over 1,000 volunteers, Bryn Eryr has risen from the ground into the fully furnished roundhouse visitors can now enjoy – none of which would have been possible without the volunteers' help.

At St Fagans we work with a number of different community partners to recruit volunteers from the local area and from a broad range of backgrounds. Our volunteers include people with substance misuse issues, learning difficulties and/or those suffering from homelessness, as well as local schoolchildren, teenagers and students. Since 2011, we have had more than 7,000 volunteers help us at St Fagans – and over 1,000 of these have played their part in the building of Bryn Eryr (or ‘Eagle Hill’ in English).

Under the watchful eye of our Historic Building Units Team and sometimes external companies like our thatchers, volunteers have de-barked wood for Bryn Eryr’s beams; grown and cut grain called spelt for Bryn Eryr’s thatched roof; and limewashed its six-foot-thick hand-built clom walls.

[quote]“Our volunteers include people with substance misuse issues, learning difficulties and/or those suffering from homelessness.”[/quote]

We wanted to involve as many people from the local community as possible. Homeless charity The Wallich has helped get the Iron Age garden ready, schoolchildren across Wales as well as closer to home in Ely and Caerau have helped us build a shelter, while teenagers at risk of being excluded from Michaelston College have designed new educational workshops for youngsters and our Youth Forum have built a bread oven.

Even our visitors have lent a helping hand during their day at St Fagans, turning stinging nettles into strong rope used in the building process.

We started work on Bryn Eryr back in 2012, and now three years later it is the first building to be completed as part of Making History, the biggest redevelopment project in the history of the museum, which has been made possible in part thanks to HLF.

We needed to replace three Celtic roundhouses that were demolished in 2012, as they had come to the end of their life – and we decided that recreating this small Iron Age farmstead from Llansadwrn in the eastern corner of Anglesey would be a perfect addition to our growing collection.

We based all our designs on an archaeological site that dates back to the time of the Roman conquest, but Bryn Eryr is really unusual thanks to its conjoined roundhouse roofs. Working out how to build those gave us one or two headaches along the way! Before we started building, archaeology students from Cardiff University used the empty site as a practice run for a real archaeological dig – but needless to say their excavations only turned up a few bits of litter dropped by previous St Fagans visitors!

Since our Iron Age journey began, Bryn Eryr has seen all sorts of people give up their time to help bring this previously lost historical site back to life, so others can learn about how we lived thousands of years ago – and, importantly, see it for themselves.

We have a strong volunteer community here at St Fagans, and even have one group, Teulu’r Eryr - Friends of [Bryn)] Eryr – where staff and volunteers across the museum can come along for just a day or so to give a helping hand. There is always something to do!

But as there is always something to do, there is also always something to celebrate as well. When Bryn Eryr’s thatched roof was completed at Christmas, we held a small celebration inside and lit the roundhouse’s very first fire. We also held a special party in June 2015 for friends and family of volunteers to come and have a sneak preview, now that it was nearly completed. Because our volunteers and staff work so closely together, we also celebrate together when a project hits its key milestones.

Although Bryn Eryr is now officially finished and ready for the public, our volunteers’ work is far from done. The farmstead will need plenty of upkeep over the years to make sure it stays in good condition for as long as possible – it is thought that reconstructed roundhouses have a lifespan of about 20 years if looked after well.

[quote]“Although Bryn Eryr is now officially finished and ready for the public, our volunteers’ work is far from done. The farmstead will need plenty of upkeep over the years.”[/quote]

Some of our volunteers came specifically to build Bryn Eryr, so we’ll be saying goodbye to them; but many of our volunteers help with lots of different projects at St Fagans – there are so many things that need doing here every day!

Take Dafydd: Dafydd first came here to help us with building Bryn Eryr and has since been employed in our gift shop – except he loved volunteering and getting his hands dirty so much that he continued to volunteer with that team that look after our historic interiors, like those in our Tudor houses. Dafydd has recently been promoted to shop supervisor, and has said that he can’t believe he’s gone from thatching an Iron Age farmstead to supervising Gwalia Stores!

Paul, who also gave his time volunteering on the farmstead, has gained confidence and experience being involved in many aspects of the museum. After some difficult experiences in his personal life, Paul started drinking and struggled to pick himself up – until he came along here. He found his confidence grew the longer he was at St Fagans, and now he’s part of the team. You can find out more about his story on the National Museum Wales website.

St Fagans has plenty of projects on the go, and we’re always looking for new volunteers to help us take them on and keep this wonderful museum thriving for future generations. If you think you could volunteer some of your time, then please do get in touch via tel: 02920 57 3419 or visit our volunteering page– we’d love to hear from you. 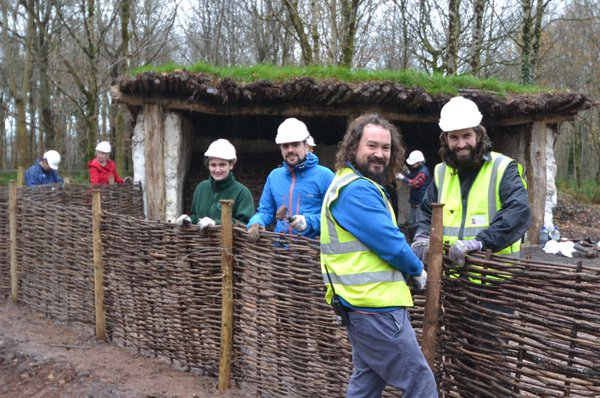 Volunteers from homeless charity The Wallich 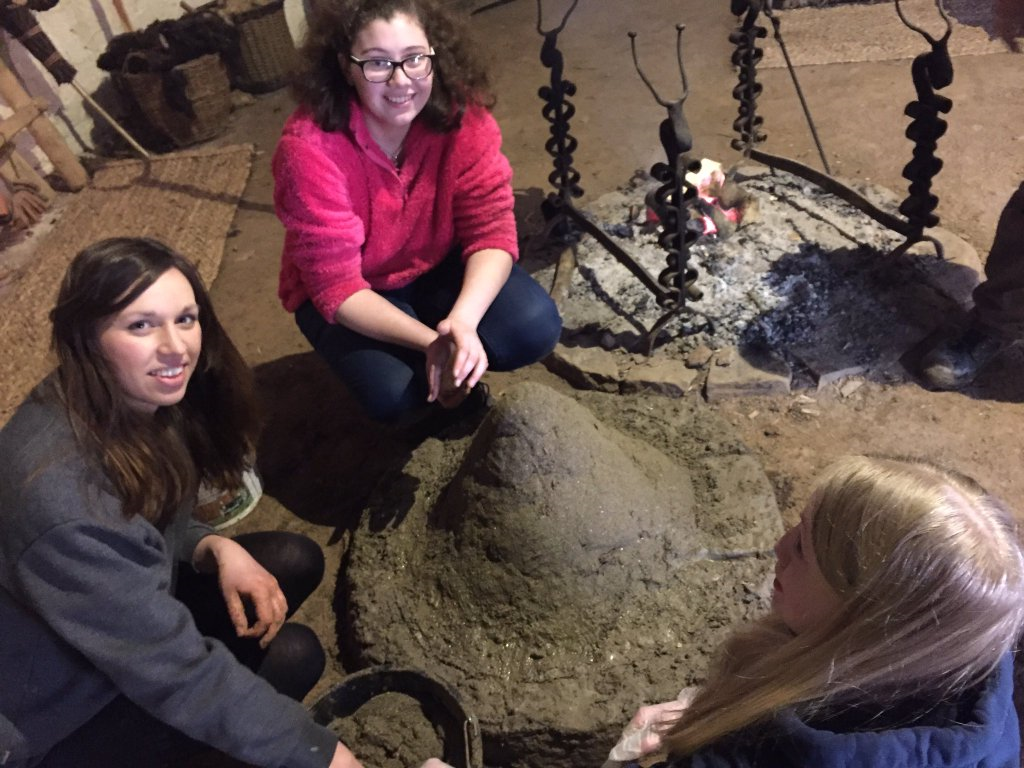 Volunteers from the Youth Forum with their bread oven