At HLF, we’re committed to helping people share differing experiences of their heritage.

During LGBTQ+ History Month, many groups will join together to share the history, lives and experiences of lesbian, gay, bisexual and transgender people. LGBTQ+ History Month provides an ideal opportunity to discover and record important stories. By exploring them, we can help others understand the contribution LGBTQ+ people have made to the UK’s heritage and society.

This year’s LGBTQ+ History Month theme is 'Religion, Belief and Philosophy' – a topic that, for some, might conjure up thoughts of hope and faith and for others might involve more challenging conversations.

Over the years, we have funded various projects that explore these topics:

Led by organisation Liberal Judaism, this project recorded interviews with members of the LGBTQ+ Jewish community, including men, women and transgender Jews who have faced prejudice.

The interviewees included two of the founders of the first LGBTQ+ friendly synagogue. Rabbis Sheila Shulman and Elizabeth ‘Elli’ Tikvah Sarah met in 1982 and were the first openly lesbian rabbinical students in the UK. After being ordained in 1989, Sheila went on to set up the first lesbian-feminist congregation in the UK.

"We were putting together what it means for us to be a lesbian, to be a Jew,” Rabbi Elli explained. “We could see strong similarities, because in both cases [we had] minority marginal identities.”

Participants in Rainbow Jews shared their interviews and research in an exhibition, which included portrait photographs, activist materials and past publicity from Pride events. Participants spoke of their experience of the social and historical significance of LGBTQ+ Jewish identities, including Zizi who recalled a trip to the Kraków-Płaszów concentration camp with her partner: “It was like saying: I am here, we survived despite everything that you did to both gay and Jewish people."

Building on the success of this exhibition, HLF is currently supporting Twilight People, which will explore the experiences of faith within trans communities.

Joining generations with How we got here

Reflecting changes in social beliefs and legal attitudes towards sexuality over the last 50 years was the catalyst behind How we got here, an intergenerational project in Manchester. More than 50 young people aged 14-25 from youth clubs in Stockport, Wythenshawe and Manchester worked with teachers, artists, an oral historian and other creative professionals.

Learning about the decriminalisation of homosexuality... helped me to understand the oppression of our community, as well as the incredible hard work of so many.

They interviewed older LGBTQ+ community members and activists, which helped them learn about the complexity of LGBTQ+ activism and civil rights history in the North West.

One said: "I didn’t really know much about the past... I knew about changes in marriage that happened more recently, but learning about the decriminalisation of homosexuality, about the age of consent, and people’s personal experiences of the HIV and AIDS epidemic... It helped me to understand the oppression of our community, as well as the incredible hard work of so many.”

The findings of the young people were shared with the wider community through a book, Prejudice and Pride - LGBT Activist Stories from Manchester and Beyond, a mural depicting Manchester’s LGBTQ+ history and a play drawing on oral histories.

Daniel Jessop, Project Manager at Manchester Pride, has been working on OUT!, a digital portal exploring the history of LGBTQ+ life in Manchester. It combines a heritage trail with digital histories to provide a central place for Manchester's LGBTQ+ past and launches this month.

Visitors to the portal will be able to create personalised trails following 19 rainbow tiles installed in the city centre marking historic events in LGBTQ+ history, including a memorial to scientist Alan Turing in Sackville Gardens.

Daniel spoke of the green space of tranquillity and safety surrounding the memorial where he and many others enjoy lunch and can reflect on the inspirational role played by Alan Turing and so many others in the LGBTQ+ community.

Daniel reminded me of the impressive part played by LGBTQ+ activists, many of whom are volunteers, in contributing to the building of LGBTQ+ heritage through the – sometimes difficult – sharing of knowledge, beliefs and living histories.

At HLF, we really value the role of volunteers in building archives of LGBTQ+ histories and so many other areas of heritage. The personal commitment to uncover hidden histories is crucial and informs many of the events taking place during LGBTQ+ History Month.

Of course we welcome ideas to promote the heritage of LGBTQ+ communities throughout the year. You may already be aware of the 50th anniversary in 2017 of the Sexual Offences Act, when male homosexual relationships were decriminalised in England and Wales.

If you have a project idea, you can apply to us for grants starting from £3,000. Find out more about our funding programmes. Archive image of the Manchester Lesbian and Gay Centre banner 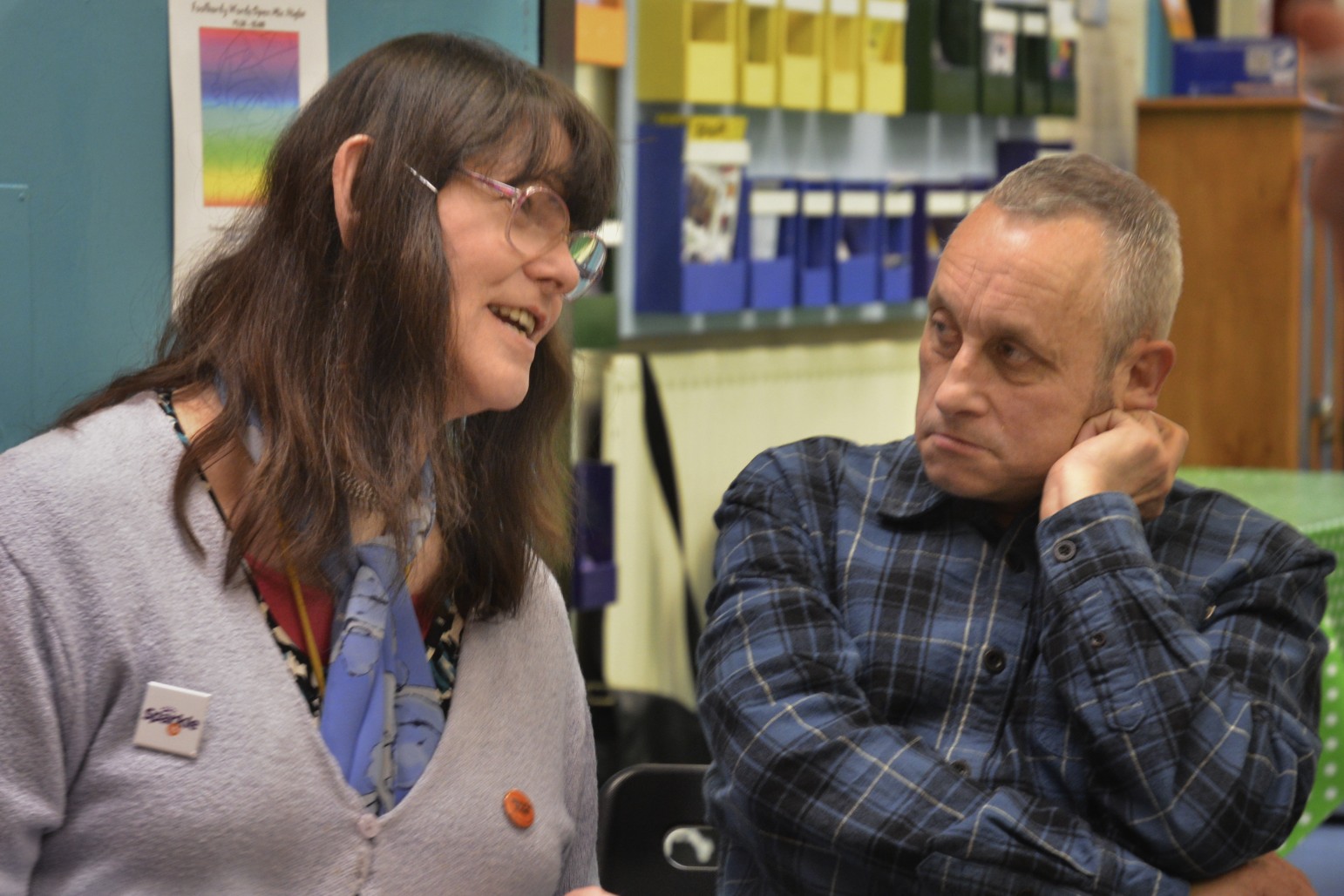 Participants in the HLF-supported How we got here project