Victoria overcame personal challenges to go from intern to employment, thanks to this National Lottery funded project.

A chance meeting in a busy charity office was to determine the path of Victoria Ross’s career.

Working as an intern for RNIB Scotland in Edinburgh, Victoria, who herself is partially sighted, came across Catriona Burness filling in an application to HLF. The project, Seeing Our History, was to research the lives of visually impaired people in Edinburgh during Edwardian and Victorian times.

"I have always been fascinated by history, and the opportunity to research the lives of people like me really appealed,” explains Victoria. "I asked straightaway whether it was something I could get involved in."

Thanks to funding from The National Lottery, Victoria, as part of a small team, spent the next six months building a picture of individuals’ lives. She scoured records from The Register of the Outdoor Blind (a term used to describe blind people who lived in their communities and were not employed in blind asylum workshops), and cross referenced them with census and other records. Gradually she put flesh and bones back onto the names in the Register, lifting them off the page and into an Edinburgh far removed from the welfare systems of today.

The story of John Richardson

One such character was John Richardson who, born in 1852 in the Borders town of Oxnam, lost his sight at the age of 14. With his father, a shepherd, and the Parish concerned that it might have to support John under the Poor Law, he was sent to the Blind Asylum in Edinburgh to train as a weaver. During his teenage years he was noted as having good character and by the time he was 30 was earning a decent wage as a mattress maker. However, drunkenness and absenteeism began to appear in his records. His wages were cut and eventually he was dismissed for stealing horsehair and selling it on to dealers.

By 1901, John was addicted to alcohol and found living in the noisy, overcrowded, Jubilee Lodging House with hundreds of other itinerant men. In Edinburgh’s Craigleith Poorhouse in 1914, he died a pauper, the very thing he had been sent away from home to avoid.

It was stories such as these that Victoria and the other volunteers uncovered and compiled into both popular podcasts and two books, Feeling Our History and Hearing Our History.

RNIB Scotland’s Catriona Burness, who led the project, said that Victoria came into her own during the course of the research: “From personal experience Victoria knows the difficulties and challenges of living with sight loss. She blossomed while involved with the project and developed her self-confidence, speaking on behalf of all the research volunteers at our project launch.”

Victoria says she found the work inspirational and, thanks to the research skills she developed, decided to take on a Postgraduate Diploma in Careers Guidance.

“It made me think very differently about history and gave me the confidence to take on further study. I was fascinated by how people’s disabilities influenced their life chances, especially in an era when such opportunities were so severely limited.”

From intern to employment

To the National Lottery players who made the project possible, Victoria says: “[Buying a National Lottery ticket] is a great investment in people. I feel more confident and more able to go for things. It’s helped me to make friends, who I keep in touch with.”

She has recently fulfilled her ambition starting a full-time job with Skills Development Scotland.

Little did John Richardson know that the story of his struggle to survive as a blind person in Edwardian Edinburgh would, a hundred years later and thanks to Victoria and an HLF project, help visually impaired people today find fulfilling careers.

Find out more about the Seeing Our History project. 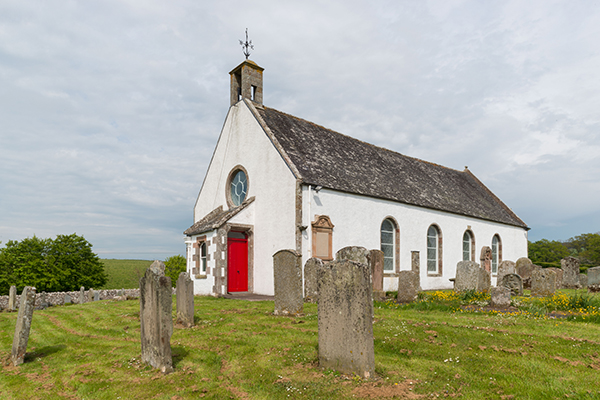 Oxnam Kirk, in the village where John Richardson grew up Colin McLean 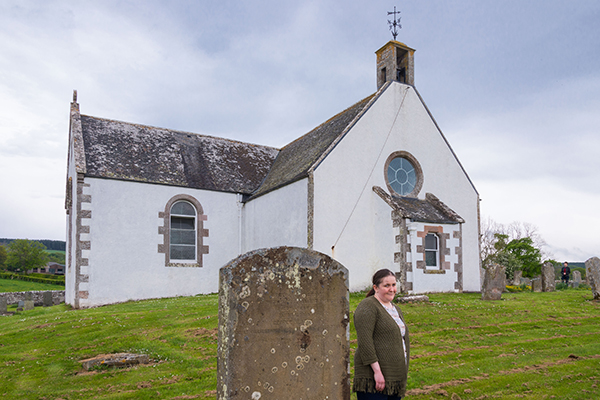