The UK’s first female bodyguard, Jacquie Davis’ career has spanned everything from protecting oligarchs to rescuing hostages. But one year ago, she took on a rather more peaceful job at National Lottery-funded Walthamstow Wetlands…

“It’s really funny… most of my team are ex-police or ex-SAS, ex-military. And they all go: 'Can we do a few days at Wetlands?' because it’s like R&R, you know!” laughs Jacquie Davis.

“For us it’s a lovely job because it’s so different from what we normally do.”

Jacquie runs the security team for Walthamstow Wetlands, London's largest wetland nature reserve which has received £4.7million from HLF. Her security firm has had the contract for a year, and while she continues her own job in close protection – more on that later – she spends at least three or four days a week at the reserve.

Looking after the Wetlands

Her job she says is mainly dealing with the public: “it’s mostly educating them about staying out of the water because they’re working reservoirs, they do have pumps in them, there’s a strong undercurrent, and they are freezing cold”. She often has to explain that the Wetlands is “a nature reserve and not a naturist reserve because during the summer we keep finding people stripping off, thinking it’s a park… [And] of course, there are no alcohol or drugs permitted on site.”

She says she has come to “learn more about ducks and geese than I’ve ever thought I wanted to know”. Her tasks include protecting eggs and babies during nesting season – and even preventing visitors from walking off with the larger versions: “Last Christmas – I was standing up by the car park gate because we were closing, and [the visitor] was walking towards me with one of these laundry bags, and it’s moving.” Jacquie opened up the bag and “this poor old goose stuck its head out!”

Poaching prevention aside, it is a very different pace of life compared to Jacquie’s career so far. She joined the police when she was 18 – one of the very few female officers in the 1970s - and after a few years was asked if she wanted to train in close protection.

“I was the first female the instructors had ever had. They didn’t know what to do with me, and I didn’t know what to do with them. I learned a lot: unarmed combat, recces, map reading, surveillance, counter-surveillance… When I was running up and down Pen Y Fan and abseiling off the side of a cliff I thought: ‘What’s this got to do with close protection?’. Fast forward 15 years and I was rescuing a hostage from Pakistan and we were being chased by the army so had to go across the Himalayas into India. And honestly, all my training kicked in. And I thought: ‘Now I know why…!’”

At the time, the threats her clients faced came from the IRA and later the Baader-Meinhof collective. “Today – most of our clients are businessmen you would never have heard of, high net-worth individuals: Russians, Chinese, Middle Eastern, royal families.” She is circumspect on any celebrity clients, saying: “We try not to do celebrities because they don’t need us, they have minders. We only look after them if they are being stalked or blackmailed.”

She says the most dangerous situations she has been in are: “Probably hostage rescue more than close protection. Often we go to rescue oil executives that have been kidnapped in Iraq or Kuwait or somewhere like that for which we get paid by big corporations to get their people back… but on the other hand, we will go and rescue women and children who have been kidnapped and taken abroad. Mostly they don’t have the money so we fund that."

Depending on the job, she’ll pull together people from “the circuit”: self-employed experts with the right skills. They are all licensed by the government – and still today, she estimates there are “3,000 male licenses and about 25-30 female”.

Now Jacquie’s unique story has inspired a Netflix drama called Close starring Noomi Rapace, which will be broadcast in January 2019. “Training Noomi to be “you” was very odd,” says Jacquie. “She was brilliant – I’d give the girl a job.”

Jacquie, who recently celebrated her 60th birthday, says of coming out of the shadows: “To be fair… I’m coming to the end of my career, so it’s OK now. I’ve spent my entire life hiding.” Her agency provides training and she enjoys “teaching the girls that are coming up behind now, passing on the experience to them". She adds: "I’m never going to retire and sit at home with the cat.”

Looking out over the shimmering reservoir as the sun begins to set, she reflects, after a career with more than its fair share of tension and peril, “It’s so calming here… This is the most beautiful office to have, I have to say.” 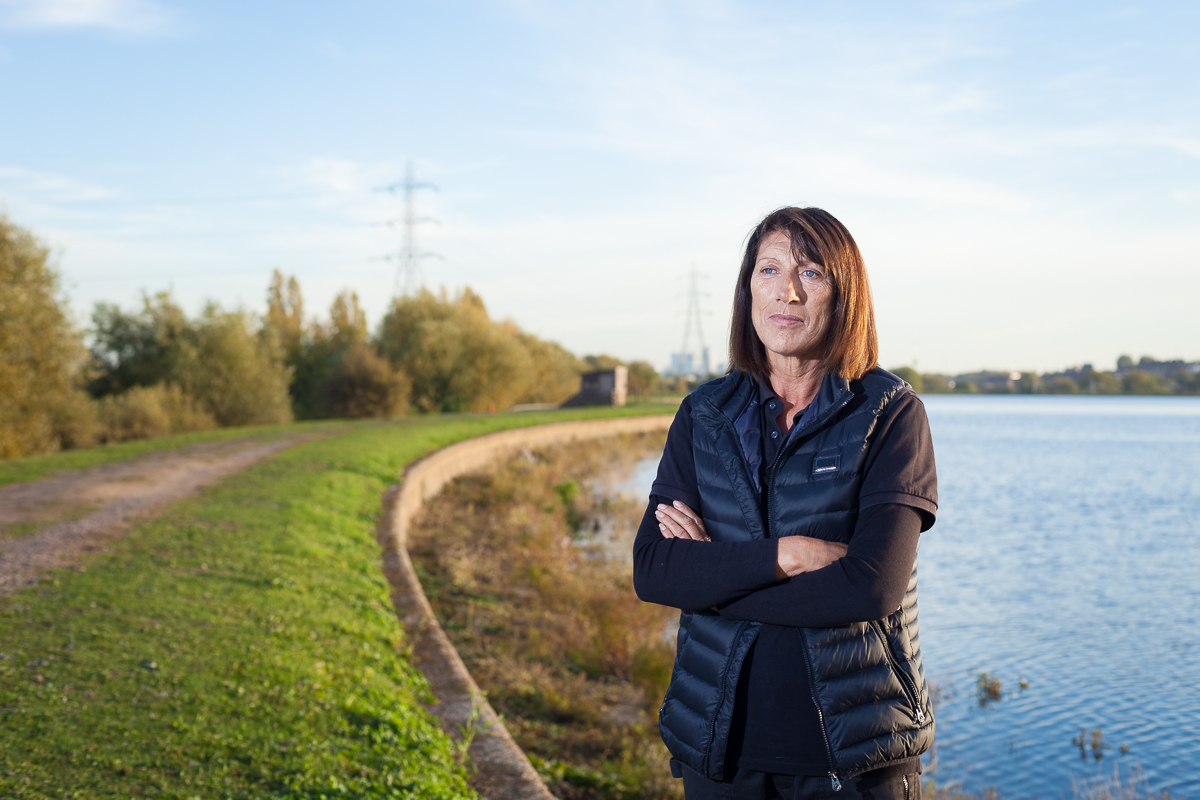