Rachel established a National Lottery funded project at National Trust’s Croome to help children like her son to connect with the outdoors.

“I’m a carer, I’m also really fortunate to work in a very special place that genuinely wants to ensure our welcome is for all,’ says Rachel Sharpe, the Creative Partnership Manager at the National Trust’s Croome estate and mother to profoundly autistic son Stanley.

“Following a conversation with Croome’s Garden and Outdoors Manager Katherine Alker, we took up the challenge to find a new way to engage families like mine."

“Young people like him exist in a parallel universe to mine and I have to find ways to reach into that universe. Sometimes I’m in his world and sometimes he’s in mine.”

The result of that challenge has proved life changing for Stanley and 34 of his peers, their parents, carers and teachers.

"One of the most autistic people in the world"

Rachel describes Stanley, now aged eight, as “one of the most autistic people in the world” among the very rare 1% with particularly profound autism.

She says: “Young people like him exist in a parallel universe to mine and I have to find ways to reach into that universe. Sometimes I’m in his world and sometimes he’s in mine.”

She adds: “He’s my hero because of what he deals with every single day.”

As part of the Croome Redefined project, Rachel and Katherine made an application for a grant from the National Lottery funded Capability Brown 300 Festival, which marked three centuries since the landscape designer’s birth.

Rachel and Katherine were motivated by the National Trust’s ‘50 things to do before you’re 11 and three-quarters’ aimed at young visitors. Rachel says: “I thought this was such a lovely idea which inspired us to open up the sensory world in a way that hadn’t been done before.”

The result is Potter and Ponder, a map of sensory experiences for young people like Stanley in the Capability Brown-designed landscape around Croome. It is not a map, she stresses, but rather suggests a range of possibilities for visits.

The team invited teachers, carers and 35 children with a range of profound learning difficulties, disabilities and life limiting conditions to Croome to experience the outdoor space. A key aspect of the project was to treat the children as the real experts to the sensory world.

“We watched, noted and mapped their moments of joy to discover where the sensory opportunities were located across the parkland,” explains Rachel. These visits revealed opportunities such as feeling the grass between their toes, smelling flowers, or shouting to achieve an echo.

The next stage was to identify an artist who could capture these sensory opportunities as illustrations on the map of Croome. The team worked with Pallant House Gallery and presented the children with a selection of images from artists who themselves face barriers because of disability or social circumstances. A clear favourite emerged in William Hanekom, who then visited Croome and created the final images.

The outcomes from the project have been remarkable. The sensory map has proved extremely popular on Croome’s website, and hundreds of copies have been handed to visitors to the property. Last year, the project was entered into the Educational Initiative category of the annual Museums + Heritage Awards, and won!

This project gave me the opportunity to be proud of my son. He’s made something that others will enjoy.

But the most endearing and fundamental benefit has been felt by the parents, teachers and carers of those 35 children who made the project happen. It is difficult to overestimate the effect it has had.

And the last word to Rachel Sharpe: “One of the very special moments we recall was when Stanley, who had refused to interact, on his third visit was notably calmer, and slipped his hand into the hand of Katherine while walking down the path; a tear-jerking interaction that proved we were making real progress entering his world.

“For carers to be exposed to positive projects on disability is life changing for you.” And she adds: “Thanks to everyone who helped us give a community with a very small voice a wonderful project to shout about!” 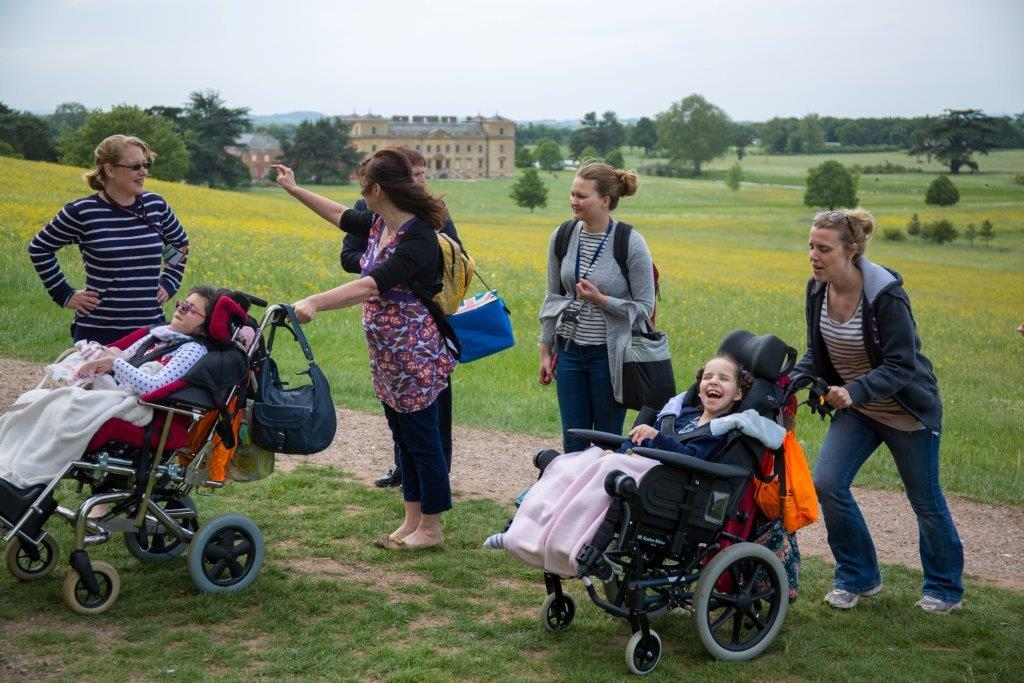 Teachers, carers and children taking part in Potter and Ponder 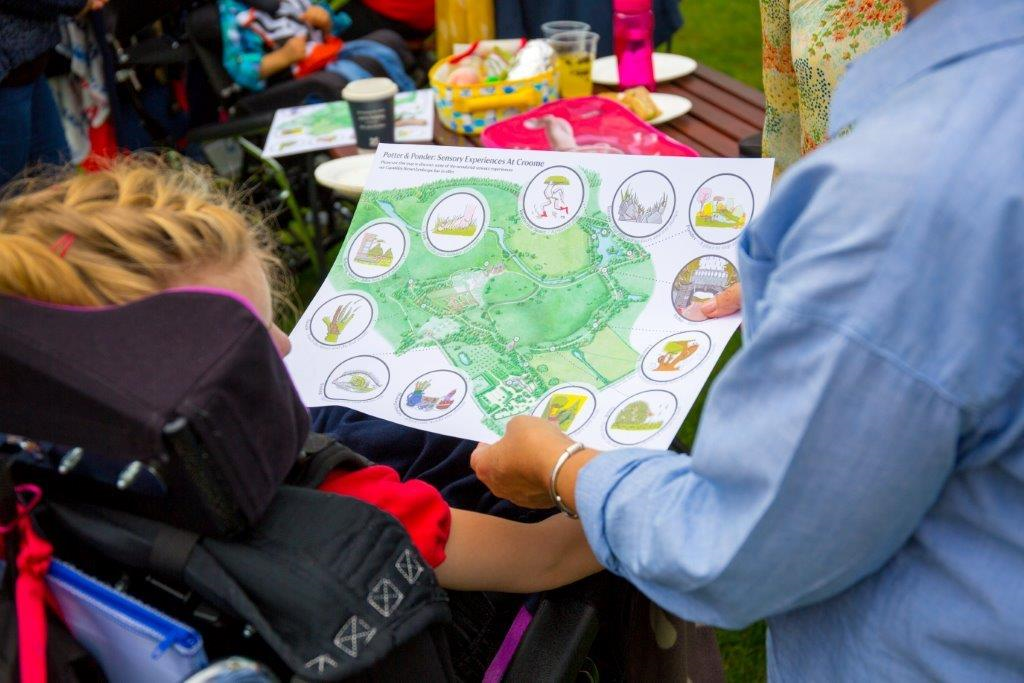 The Potter and Ponder sensory map 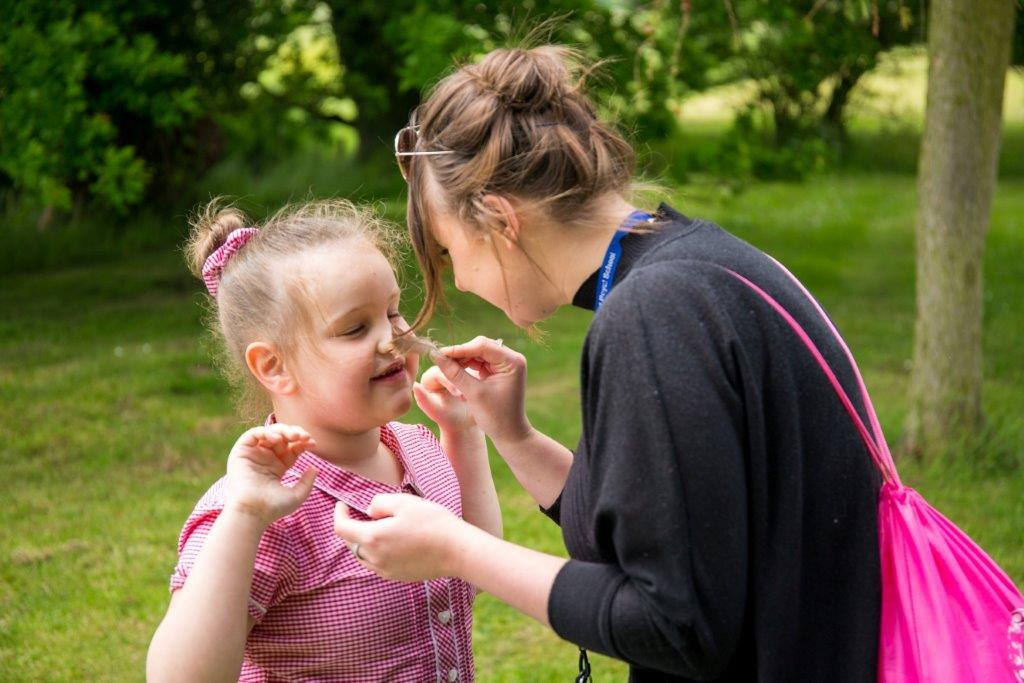 A little girl discovers the outdoors through sensory activities