National Lottery-funded archives, museums and projects have shone a light on these six remarkable women.

Born in Colchester to an aristocratic family, Margaret went on to marry William Cavendish, Marquess of Newcastle-upon-Tyne, who was more than 30 years her senior. A prolific writer, she published the 1668 play The Convent of Pleasure.

The play told the story of Lady Happy, an heiress who resists all male suitors and turns her home into an all-female monastic institution. Lady Happy falls in love with a princess “of truly masculine presence”, and declares:

“Why may I not love a woman with the same affection as I could a man?”

Born in 1881, Vera “Jack” Holme lead an exciting and unconventional life. By her 20s she was an actress and singer, including as a cross-dressing music hall act where she used the stagename “Jack”.

She went on to join a group of singing suffragettes, and became chauffeur to the Pankhursts.

During the First World War she was an ambulance driver. In 1918 she began an affair with Scottish artist Dorothy Johnstone, whose work appears at Kirkcudbright Art Gallery.

In the 1930s “the fastest woman on water” came to the Isle of Wight where she commissioned powerboats from the boatbuilder Sammy Saunders. 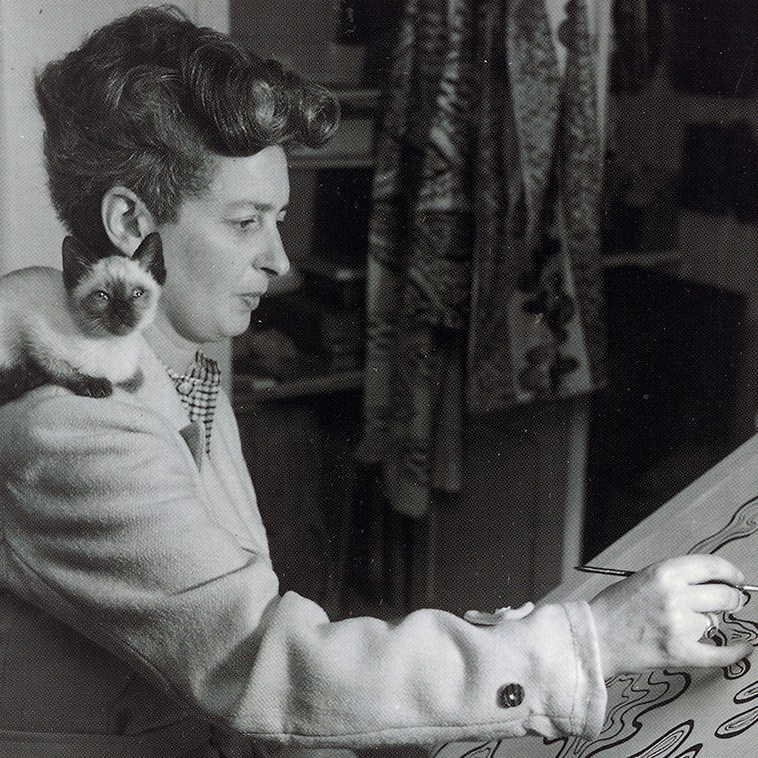 Designer and painter Enid Marx is best known for her love of abstract and geometric patterns, particularly her work designing seating fabric and posters for London Transport, as well as books, wrapping paper and logos.

Known as “Marco”, Enid lived and worked with the historian Margaret Lambert for 50 years, with whom she shared a love of art.

Roberta Cowell was a racing driver and pilot who was the first known British person to undergo male-to-female sex reassignment surgery.

She was born Robert Cowell in Croydon in 1918. She went on to become a racing driver, get married and have children. During the war, she was a Spitfire pilot and was captured by the Germans. In 1948, deeply unhappy, she left the family and went on to have the sex reassignment surgery. She continued to fly planes and drive racing cars. Sandi Hughes was born in Bristol to a white British mother and black American GI father. She was brought up in children's homes and married in 1963, going on to have three daughters and a son. The marriage broke up - and when Sandi applied for custody, she was judged to be an "unfit mother" because she was gay. Sandi went on to become a much-loved linchpin of the Liverpool gay scene, and a feminist film-maker, poet and DJ.

In 2015, The National Lottery Heritage Fund supported Liverpool Records Office and National Museums Liverpool's purchase of her rare archive of photos, videos and other memorabilia.

Find out more on the Rewind Fast Forward website.