At the lowest point in his life, John Priestley was homeless on the streets of Rochdale. Now, he's a key player at the National Football Museum.

When visiting the National Football Museum in Manchester, families and fans might well be greeted, given directions or lead through a show by John, an enthusiastic and outgoing volunteer. Few would guess the extraordinary journey that brought the 60-year-old here.

In winter 2015, a cocktail of financial difficulties, stress and anxiety led to John losing his home. He spent a number of weeks moving between different friends’ sofas and spare rooms, before his luck ran out, and he ended up on the streets. “It is the worst I’ve been," John confesses, sat on the bench in Rochdale where he found himself sleeping. “I sat here, and I don’t mind saying, I prayed.”

Fortunately for John, one night he was taken in by a stranger, who gave him a roof to sleep under, and took him to a shelter the next day. Thankfully, John’s fortunes began to change.

With a roof over his head and a supportive network around him, John began to build up his confidence and get his life back.

He began to socialise more, and picked up skills through workshops run by the charity Back on Track. It was there that a friend suggested he take part in the National Lottery funded Improving Futures: Volunteering for Wellbeing project, led by IWM North.

The Improving Futures project provided training to a range of adults who were long-term unemployed, isolated, or had mental wellbeing challenges, preparing them for volunteering placements at high-profile Manchester heritage sites.

It was through this project that John began working at the National Football Museum, helping direct visitors, and firing the imaginations of children and adults with a popular demonstration of footballing artefacts at the hands-on desk.  “Volunteering has given me all kinds of life skills”, he now says. “My confidence is sky-high.”

The National Football Museum were not ready to say goodbye to John after the six-week placement ended, and neither was he ready to leave. He’s now a long-term fixture in the museum, having volunteered there for over a year. He curated his own music-based hands-on desk, which he tours around Manchester, and has been promoted to volunteer supervisor, supporting other volunteers in building up and utilising the same skills he has.

“I’ve turned things round.” John confirms, proudly. “I’ve gone from homeless and searching for food in bins to working at the National Football Museum, helping people.

“I’ve gone from zero to hero.”

After a turbulent couple of years, John now has his own accommodation, new skills and confidence, and has even started giving motivational speeches about his experiences. “If you told me 20 months ago, when I was on a park bench, nearly dying, that 20 months later I’d be performing on stage in Manchester, I would have laughed at you.”

Many of the institutions and projects that helped John along the way, including the Improving Futures: Volunteering for Wellbeing project, were made possible by National Lottery funding. John says: “If I can say something to the National Lottery players: thank you for getting me in this spot, and making my dreams come true.” John helping out at the National Football Museum 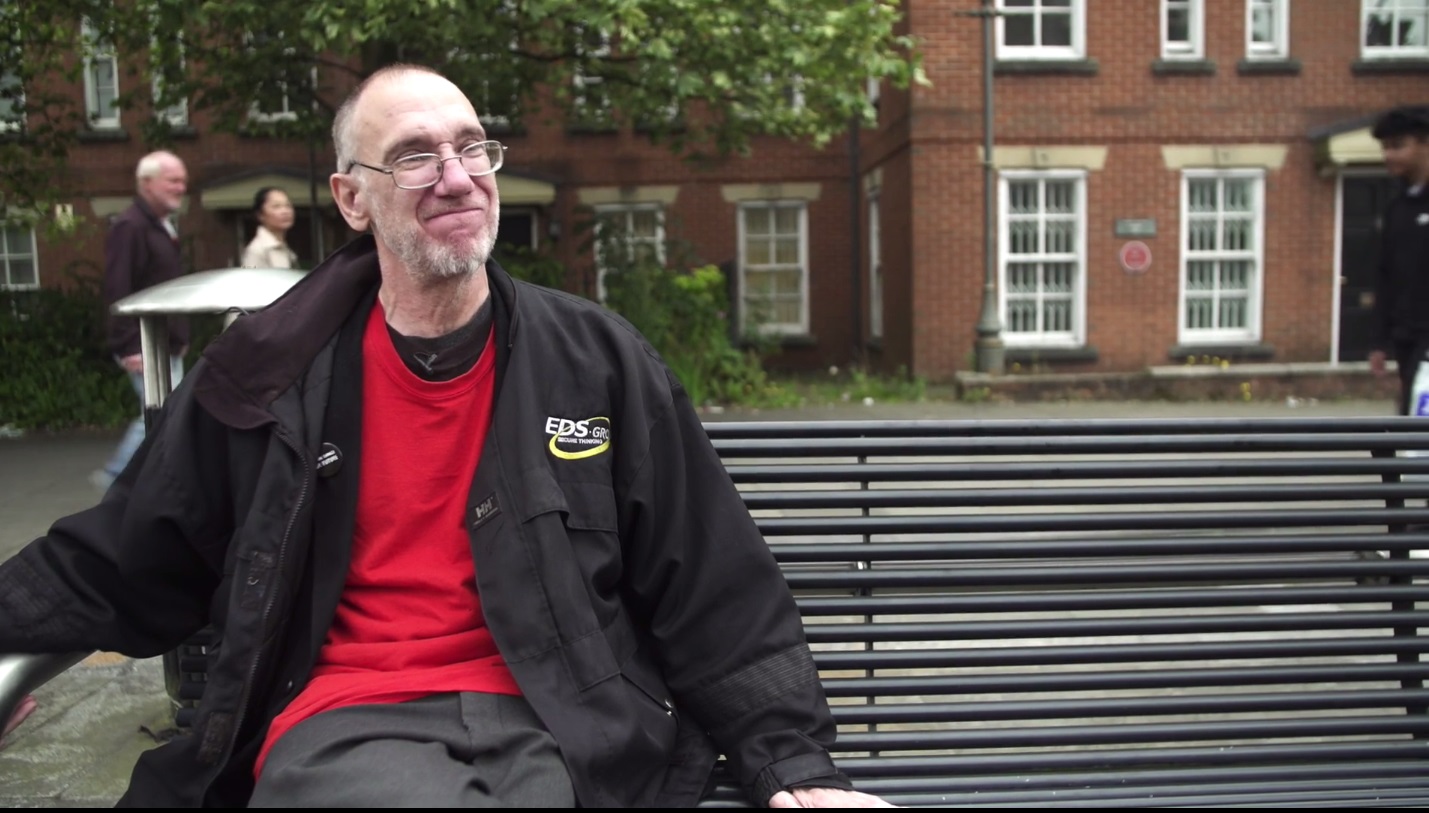 John sits on the bench he used to sleep on 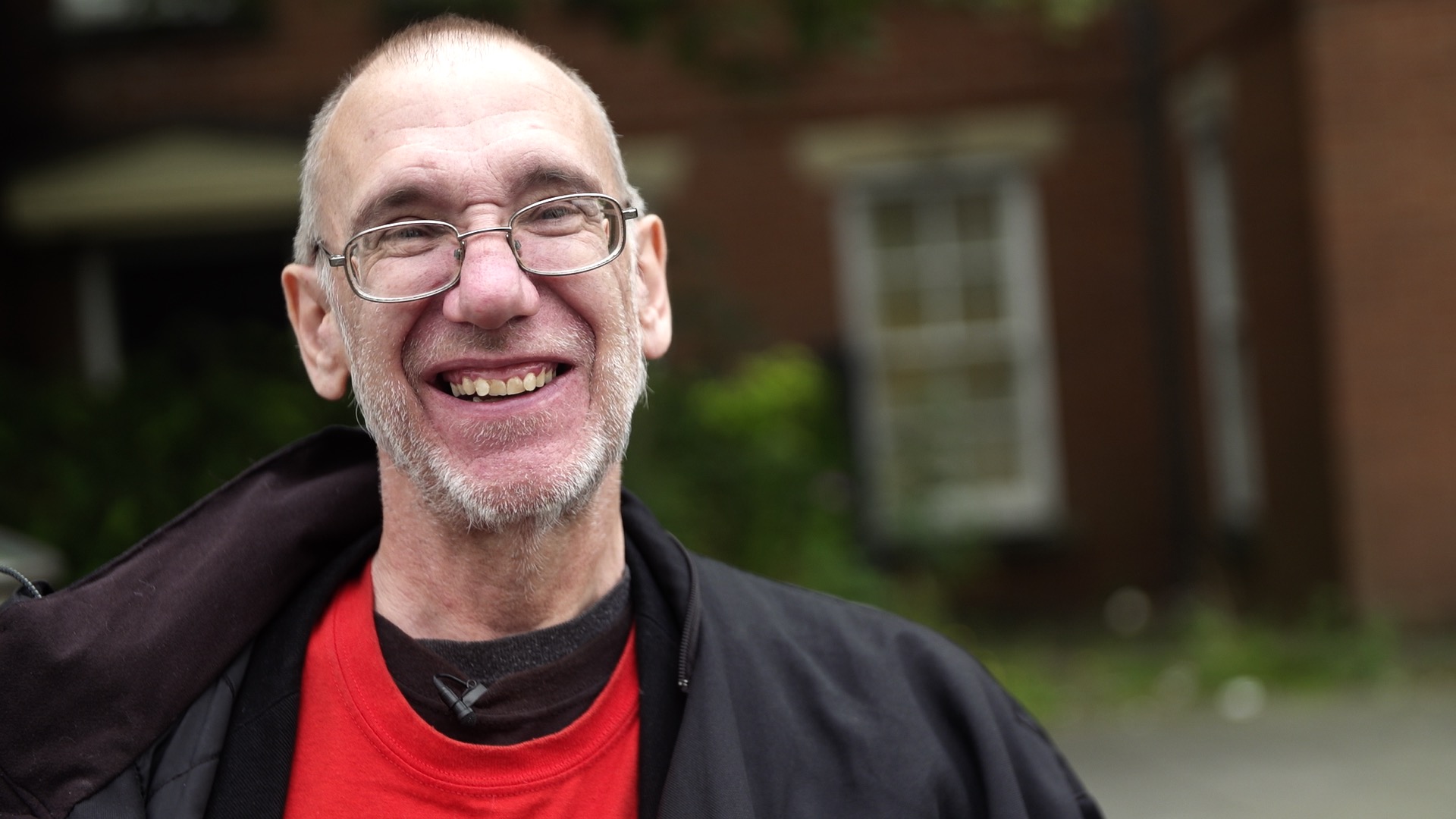