With the calm air of quiet concentration, it’s hard to believe the course is made up of people who once struggled at school or lost their way into the world of work.

Here, apprentices Joseph and Melissa found a place that nurtured their talents and changed their lives, thanks to a marine engineering scheme made possible by National Lottery players.

Diamonds in the rough

Once a major coal-mining and ship-building port, the town of Blyth now has a high level of unemployment and the HLF-supported scheme is specifically targeted to those not in employment, education or training – or, as CEO of Blyth Tall Ship, Clive Gray calls them, ‘diamonds in the rough’.

“They want things to be different, but don’t know where to start. That’s what this project does – it presents them with the opportunity."

Clive says: “They want things to be different, but don’t know where to start. That’s what this project does – it presents them with the opportunity to have a hope and take a crack at it.”

It was a referral from the job centre that took Joseph from unemployment to full-time work, and helped him to discover practical talents that were uncultivated at school.

He says: “I had dyslexia and I struggled at school. It’s really good to see that there are still places where people can go and thrive in different ways.

“I have been able to earn a livelihood, which has boosted my confidence and self-esteem. I was so proud to look at things such as a traditional ships knee that I made from start to finish myself.”

“I had dyslexia and I struggled at school. It’s really good to see that there are still places where people can go and thrive in different ways."

Joseph hopes to remain with the project as it prepares a wooden tall ship for voyage, commemorating the discovery of Antarctic landmass by a Blyth ship in 1819.

“The projects the National Lottery supports are some of the most creative, cultural and exciting in the world. It’s a really amazing place to work.”

Twenty-year-old Melissa joined the project following the birth of her daughter.

“After time out for the birth of my daughter, it was an opportunity for a fresh start. The whole project has made me feel more confident and allowed me to learn new things.”

Whilst completing her Level One and Two apprenticeships, Melissa sailed to Gothenburg as part of the 2016 Blyth Tall Ship Regatta and has now succeeded in being one of only two people in the UK to be selected as an apprentice at Rolls Royce in Derby in its September intake  – an amazing step closer to her goal of being an engineer.

Joseph and Melissa are just two of over 240 apprentices that have passed through the doors of the Blyth Tall Ship workshop.

For aspiring naval architect, Adam Shorting, the training offered the best way to get stuck in, rather than taking on costly academic courses. 17-year-old Saffron came along to the workshop after her father began work there and says the project “opens doors for a lot of young people” who struggle at school or with local unemployment.

Hear from several of the apprentices in this short video:

"How do you inspire and engage people? We found heritage was the way to go.”

Clive puts the success of the scheme down to a high ratio of trainers to learners, providing valuable one-to-one support: “The apprentices are building relationships with older men who have a lifetime of engineering experience. It helps them to mature. Just as much happens over coffee as in the workshop. There’s a lot of caring that goes on here.”

Of those who have completed the traineeship, 40% have gone on to take further education courses, and 30% to find work. And none of it would have been possible without National Lottery players.

Clive said: “Blyth Tall Ship identified that there was a real problem in Blyth from a regeneration perspective, but how do you inspire and engage people? We found heritage was the way to go.” 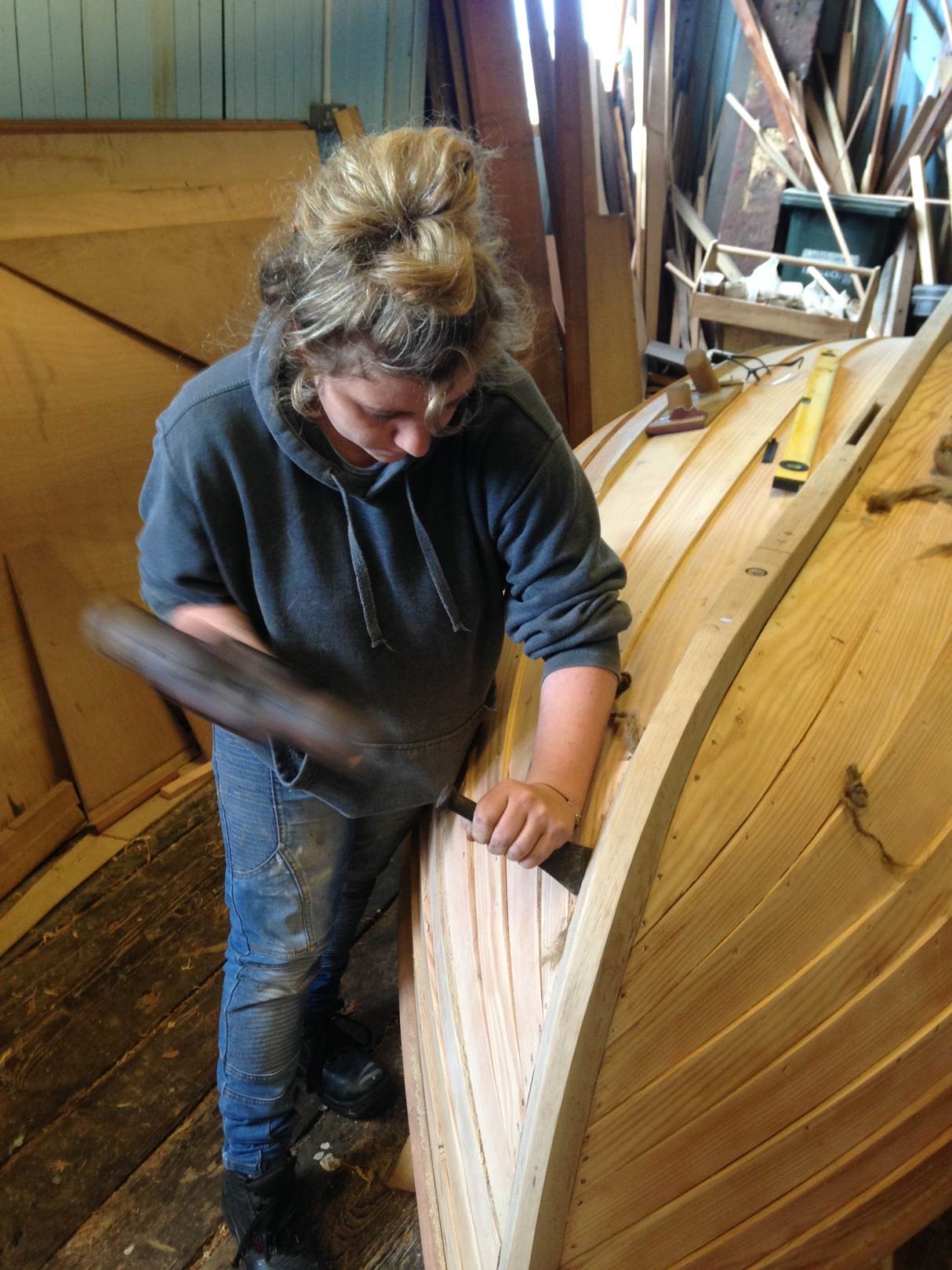 £10.1m investment to widen the profile of the heritage world