After being diagnosed with a serious chronic illness, Nick struggled to put his 20 years of experience in agriculture to use. Tatton Park Farm’s Field to Fork project has allowed him to share his skills.

Nick was always passionate about animals and nature. He got his first job on a dairy farm at 14, and he continued working on farms after he left school, going on to study at agricultural college.

“I've been neck deep in cow muck, quite literally,” he says, matter-of-factly. “But it was all part of the learning process and growing up, really.”

In his 20-year career, Nick became experienced in all aspects of farming, from taking care of animals to harvesting crops. “I took pride in what I was doing."

Then in 2008, Nick was diagnosed with fibromyalgia, a chronic illness which causes intense muscle pain and exhaustion.

“At first it was like a permanent bout of flu,” he explains. “And it steadily got worse to the point where I was in constant agony and permanently tired.”

Nick could no longer work in his job as a milking machine engineer. He needed to use a wheelchair, and his lifestyle changed from working all over the country to spending most of his time at home, taking up to 33 tablets a day to manage his pain.

He lives with his wife (who now also acts as his carer) and stepchildren, but limits to his mobility still left him feeling isolated, unable to socialise through work and hobbies the way he used to.

“I was getting very, very depressed,” Nick says. “And with the depression the physical symptoms [of fibromyalgia] seemed to worsen.

“I felt like I was on the scrapheap. All my knowledge and experience was leaching away.”

But then came a turning point.

One day last year, Nick was exercising his dogs at Tatton Park in Cheshire, when he saw a sign requesting 'Farm Business Administrator Volunteers'.

He discovered that the farm was just beginning a National Lottery-funded project, Field to Fork, demonstrating the traditional skills and farming methods used at the farmhouse through the 18th–20th centuries. It was the perfect opportunity for Nick to put his experience to use.

[quote]“I feel like a valuable member of the team at Tatton. It's been a bit of a light at the end of the tunnel.”[/quote]

"I loved it as soon as I got there," Nick remembers. “It reminded me of my much younger days when I worked on a farm that was very similar to the farm at Tatton."

When he volunteers at the farm, Nick usually works in the old mill, which has been refurbished to look as it would have done when it was in use. He plays the part of a miller, explaining how mills worked 80 years ago, compared to today.

The money raised by National Lottery players to fund Field to Fork has given Nick a new lease of life, allowing him to feel less confined and to share his passion and experience with people.

It’s making all the difference to his mental wellbeing.

“I feel like a valuable member of the team at Tatton,” he explains. “I feel like they've listened to me... It's been a bit of a light at the end of the tunnel.

“I know I’ll have a good time, I'll have a laugh and a joke and be able to do what I want to do.” 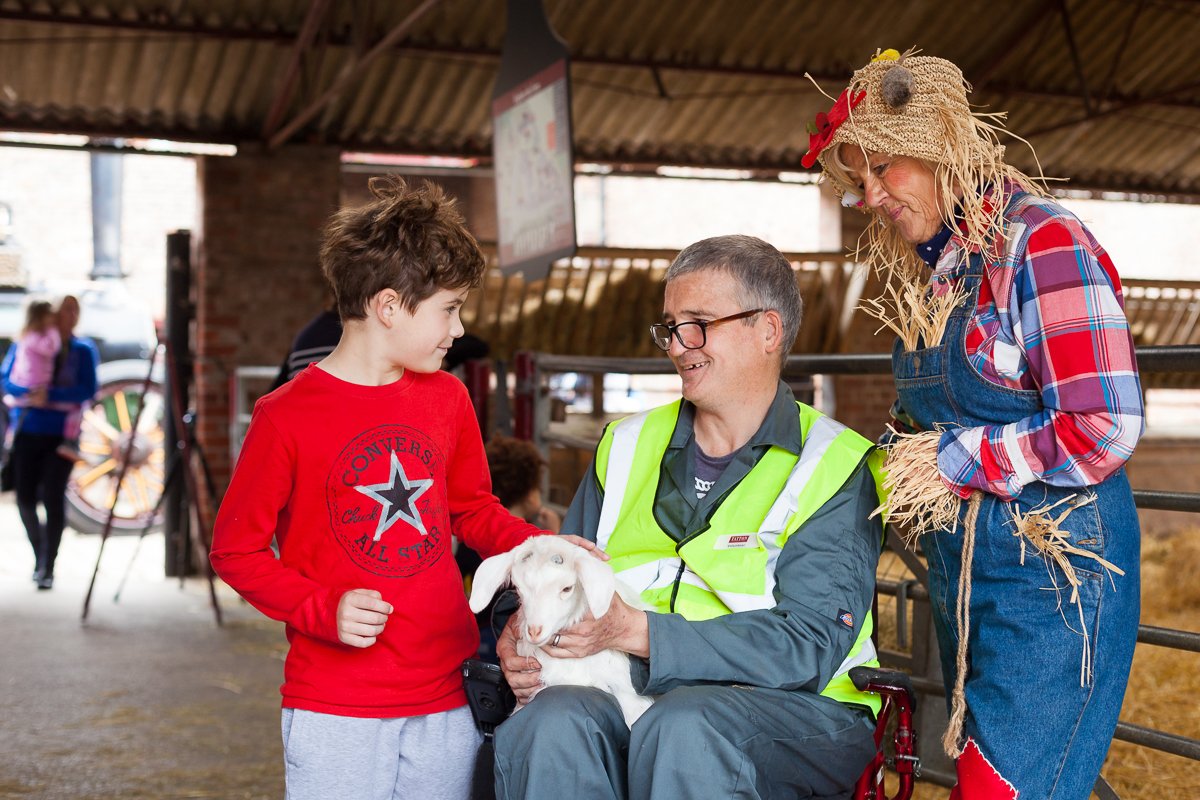 Changing lives: traineeship guides Danielle out of a dead end