Nine-year-old BillyJoe and his brother John, 15, joined the Heritage Hunters, a group of young people who had just received funding to discover the story of their castle. It was to change their futures - and that of the castle - for the better.

Before he joined the Heritage Hunters, none of BillyJoe’s family or teachers knew he had a passion for music - but he came up with the idea to record songs about the castle. Working with a local band, the group created an album of songs including two of BillyJoe’s: 'Auckland Castle' and 'From A Distance'.

At first he could only perform his songs hiding under a table but has now sung in front of hundreds of people.

He explained: “I was so scared to sing in front of so many people, especially in the castle, and now I have sung to hundreds of people and even been in a recording studio for the first time, with my own songs on an EP, which is mint.”

John meanwhile had been in and out of education, and in and out of trouble, for some time. He wasn’t sure if he would enjoy Heritage Hunters either but surprised everybody by working brilliantly as part of the team. Like his brother, John began to show hidden creative talent and designed the logo which now emblazons the group’s jumpers and promotional material.

“At first I didn’t think I could stand up and talk in front of people as a tour guide, but I did it and decided to say more.”

He also gained a lot of confidence, saying: “At first I didn’t think I could stand up and talk in front of people as a tour guide, but I did it and decided to say more words which I think will help me.”

John’s success encouraged him to start engaging with school again and he is now hoping to start an educational placement at the castle.

With the help of social enterprise Investing in Children CIC, which organised the group, the youngsters were the driving force behind the whole project.

Rob Johnson, Investing in Children Project Lead, said: “BillyJoe, John and the rest of the group have been fantastic, especially as many of them haven’t had the same chances or opportunities as other young people. Most had never set foot in the castle before but they have been the ones to drive the Heritage Hunters project forward and make it a success.”

He added: “Basically it’s thanks to National Lottery players that they, and the other Heritage Hunters, have had the opportunity to discover and develop some fantastic talent, gain some much-needed confidence and make a real difference to their lives.”

Heritage Hunters, originally only intended to run for 18 months, has been so successful that Auckland Castle is to continue the initiative – meaning the hard work of BillyJoe, John and the others will have a lasting legacy for young people in Bishop Auckland.

The Heritage Hunters celebrate their success

BillyJoe went from singing under a table to performing to hundreds

John has now spoken in front of hundreds of people 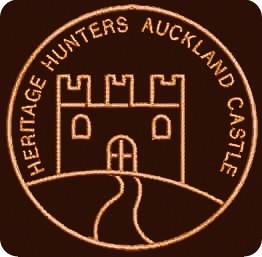 How to involve young people in heritage