©Shibden Hall
A new walking tour following in the footsteps of diarist and world traveller Anne Lister will help people explore the LGBT+ history and culture of Edinburgh.

“Anne Lister was a phenomenal woman. A mountaineer, scholar, traveller, you name it – she broke society’s strict rules about how a woman should live and love."

Born in 1791, she penned 26 volumes reflecting her life as a successful businesswoman, science enthusiast, traveller and mountaineer. However, around one sixth of her five million words were written in code, consisting of Greek letters and algebraic signs. It was at the end of the 19th century, when a surviving relative managed to decipher her writing, that Anne’s secret love affairs with women were uncovered.

In May 1828, Anne travelled to Edinburgh to explore the city with her companion, Scottish noblewoman Sibella MacLean. Thanks to her obsession with recording in minute detail, her experiences and observations will now be shared more widely with the LGBT+ community as they explore the city.

Somewhere EDI are a grassroots social enterprise committed to championing Edinburgh's LGBT+ community. Thanks to a £10,000 grant awarded through the National Lottery Grants for Heritage programme, Somewhere have created walking tours to follow in Anne's footsteps and explore the LGBT+ history of Edinburgh. Each tour group will also have the opportunity to plant a tree to create an Anne Lister Grove, representing the diarist’s love of horticulture.

Stef Lauer of Hands On Consulting will be leading the tours. She said: “Anne Lister was a phenomenal woman. A mountaineer, scholar, traveller, you name it – she broke society’s strict rules about how a woman should live and love.

“She was also authentically herself – living a lesbian life at a time it would be unthinkable to do so. With the support of The National Lottery Heritage Fund, I am so excited to be able to bring some of Anne’s Scottish stories and adventures to a wide audience in and around Edinburgh.”

Thomas Anderson-Thatcher, Director of Somewhere, said: “Somewhere is all about supporting and championing LGBTQ+ culture and heritage, and this fantastic news about National Lottery funding will help us tell our own stories farther and wider, and reach our intersectional communities who are often more marginalised.” 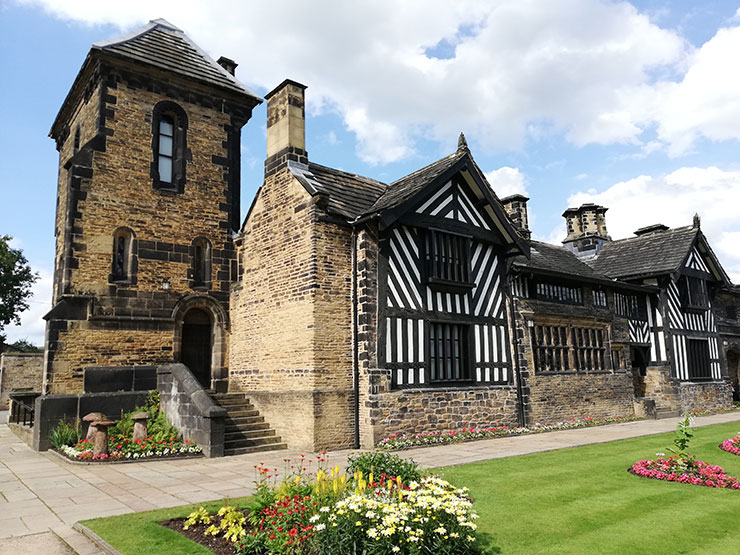 The second series of Gentleman Jack is being filmed in Halifax at Anne Lister’s ancestral home, Shibden Hall. The Tudor hall and barn, and the surrounding estate landscape, was restored thanks to funding from The National Lottery Heritage Fund.

The Anne Lister Walking Tours of Edinburgh will begin as soon as restrictions lift.

Heritage with inclusion at its heart is incredibly powerful in bringing people together and creating a fairer society for all. Find out more.

Richard O'Leary, project co-ordinator for The Troubles I’ve Seen, tells us how the project is going, how it has adapted during the coronavirus (COVID-19) pandemic, and offers some advice.

Youth dance organisation, Shaper/Caper is exploring the LGBTQ+ heritage and culture of Dundee in an oral history project, Here Me Out.