What heritage means to me: Carmen Talbot

As we commemorate 100 years since some women won the right to vote in the UK, Carmen Talbot, the project coordinator for the Rebellious Sounds Archive, tells us what heritage means to her.

How do you define “heritage”?

I’ve heard many definitions over the years. I suppose to me it’s what we value in our collective memory. That’s tangible and intangible heritage like objects, buildings, stories, dances and recipes.

Tell us about the Rebellious Sounds Archive

We are creating the first oral history archive of stories of women's activism, pertaining to the South West. We’re doing that by collecting stories – I go around and speak to women, or women contact me, and I record their accounts.

[quote]"We are creating the first oral history archive of stories of women's activism, pertaining to the South West."[/quote]

The project is run by Dreadnought South West, an arts and heritage charity whose focus is on education for women and girls, and advancing their position in society. We’re funded primarily by HLF, with additional support from the Big Lottery Fund, Exeter City Council and our local Fawcett Society. We've also just launched a Crowdfunder.

Each recording is around 40-60 minutes long, and these are collected in the archive. We take three to four minute excerpts from the recordings, which are going in our touring exhibition, called The Listening Booth. It’s an installation designed to look like a voting booth, where visitors can select ‘voting cards’, each of which will play them a different women’s story. We’re really excited about it!

There’s just two people in the project team at the moment (plus support from Dreadnought) – my role involves recording the oral histories, and curating the stories that go into the touring exhibition. I put together the touring schedule for the booth, and I’m also doing workshops along the booth’s route.

Why did you decide to create the Rebellious Sounds Archive?

One of Dreadnought’s directors, Natalie McGrath, started going to archives and trying to research the suffragist and suffragette movement in the South West. Sometimes she was finding a lot of information but sometimes she wasn’t, and it made her start thinking about how women’s activism might be underrepresented in archives, and how Dreadnought as an organisation can attempt to rectify that.

The woman I was speaking to yesterday didn’t think of herself as a protestor – she was just saying to me: “are you sure you want to hear about this?” It’s really interesting that some people are responding in this way. I think one of the purposes of this project is to make people recognise their own actions and achievements.

Do you have a favourite piece of feminist heritage?

[quote]"I think one of the purposes of this project is to make people recognise their own actions and achievements."[/quote]

A few years ago, in a previous job, I stumbled on a police file on this woman called Violet Van Der Elst, who was a human rights and anti-capital punishment campaigner in the 1930s.

She would drive her Rolls Royce in front of prisons and block the route, and create a huge fuss. And I've got this huge, fantastic police document where there's photographs of her just shouting in the face of police officers. In the 1930s this is really impressive!

I’m a really big fan of hers. It's that kind of story that I'm now able to speak about, connected through this archive.

What inspired you to work in heritage?

I’ve always been fascinated with the past. As a child I wanted to be an ancient Greek when I grew up. Now, having studied ancient history, and as a woman, I think that was a ridiculous plan! I wouldn’t want to be a woman in any time except now, and even then sometimes it’s scary.

What’s your favourite piece of heritage within the UK?

I’m really in to gardening and there’s fantastic walled kitchen garden on the site as well so I love that!

What was the last heritage you visited or enjoyed interacting with?

I went to see a piece called No Petticoats Here by musician Louise Jordan. It was a mix of song and oral history – she researched different women from the First World War, who were munitions workers, or scientists. I was blown away by it.

We can’t really think about who we are and who we want to be, unless we think about what happened in the past. So I think recording and understanding and talking about our heritage is incredibly important.

Spaghetti alla puttanesca, the prostitute's spaghetti, as it translates - it's my favourite thing to eat!

Ballots for both: Britain celebrates centenary of women’s suffrage

Today marks 100 years since women over 30 and all men in Britain were given the right to vote under the Representation of the People Act 1918.

History of Suffrage in Ulster Explored in New Project

The award was made to Glenravel Local History Project and will support a programme of volunteer-led research into the history, development, activities, achievements and legacy of the local suffrage movement. Suffragettes were political activists who campaigned for women’s right to vote. Women from

Stephen Clews, of Bath’s Roman Baths, tells us what heritage means to him. A design for the Listening Booth: deliberately designed to resemble a voting booth 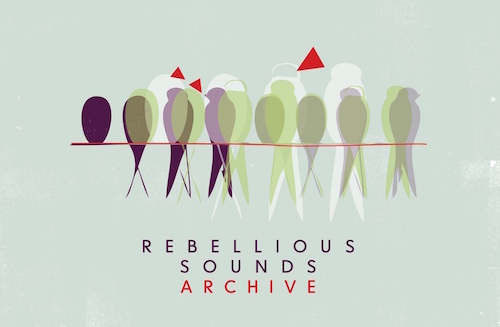