Steven Frank shares his experience during the Holocaust on the HLF-supported Forever Project, so that his story is never forgotten.

“I was nearly five years old when I witnessed the march of German jackboots upon the cobbled streets of Amsterdam...”*

Steven Frank was born in Amsterdam on 27 July 1935, four years before the Netherlands' invasion by Nazi forces. Steven’s father joined the Dutch Resistance and one morning in 1943, he waved goodbye before leaving for his office and Steven never saw him again.

Steven was taken to Theresienstadt concentration camp in occupied Czechoslovakia. He was one of only 93 children who survived the camp, out of the 15,000 children sent there.

Afterwards, Steven settled in England with his mother and two brothers, and has been a regular speaker sharing his story with audiences at The National Holocaust Centre and Museum in Newark, Nottinghamshire, for over 20 years.

When Steven was approached about being filmed interactively for a new HLF-supported digital project, he knew it was something he wanted to be part of.

In 2014, HLF awarded a £84,600 grant to the centre for a project to capture and preserve the stories of 10 Holocaust survivors using 3D laser projections – similar to holograms – so that their testimonies can be passed on to future generations when they are no longer able to give them in person.

[quote]“To have an eyewitness account is so incredibly powerful. And this is about the nearest that you can get without actually being there.”[/quote]

Filming began in early 2015 and Steven was the first survivor to be filmed as part of the project. He said: “To have an eyewitness account is so incredibly powerful. And this is about the nearest that you can get without actually being there.”

The development phase of the project used the HLF grant to enlist the help of more than 200 schoolchildren as well as designers, educators and IT consultants.

Hundreds of questions were posed to each survivor, and the responses were collected by schoolchildren to be used in the 3D technology.

A reminder to future generations

Once this project is complete the 3D image of Steven, and other Holocaust survivors, will be able to give testimony and answer questions, imitating a real-life conversation.

“It is essential that generations of young people who have never experienced war and occupation in this country, have an understanding of what disinterest in the world around them can do." says Steven, “And now, thanks to National Lottery players, we have access to the technology to archive our stories in a meaningful and more interesting way.”

Steven finds it humbling to see how the schoolchildren react when he shares his story, and thinks it’s one of the most satisfying things about the project: “The letters we receive from students and comments from teachers is quite remarkable. From students who find school boring and then suddenly all want to study history, to the shy child who asked me a question – the first time this had happened in her school life.”

Speaking about his involvement in the project, Steven says: “Despite the fact you open your heart and mind to these awful events time and time again, it is gratifying to know that hopefully we will create a more tolerant society in this troubled world by doing so.”

*Quote from Steven Frank's chapter in the book Survival: Holocaust Survivors Tell Their Story, published by The National Holocaust Centre and Museum.

To find out more, visit the Forever Project website.

Share Steven’s story with the hashtag #ChangingLives on Twitter. Let us know your life-changing story via our dedicated email address, we'd love to hear from you!

You can also read all our stories on our Changing lives Tumblr page. 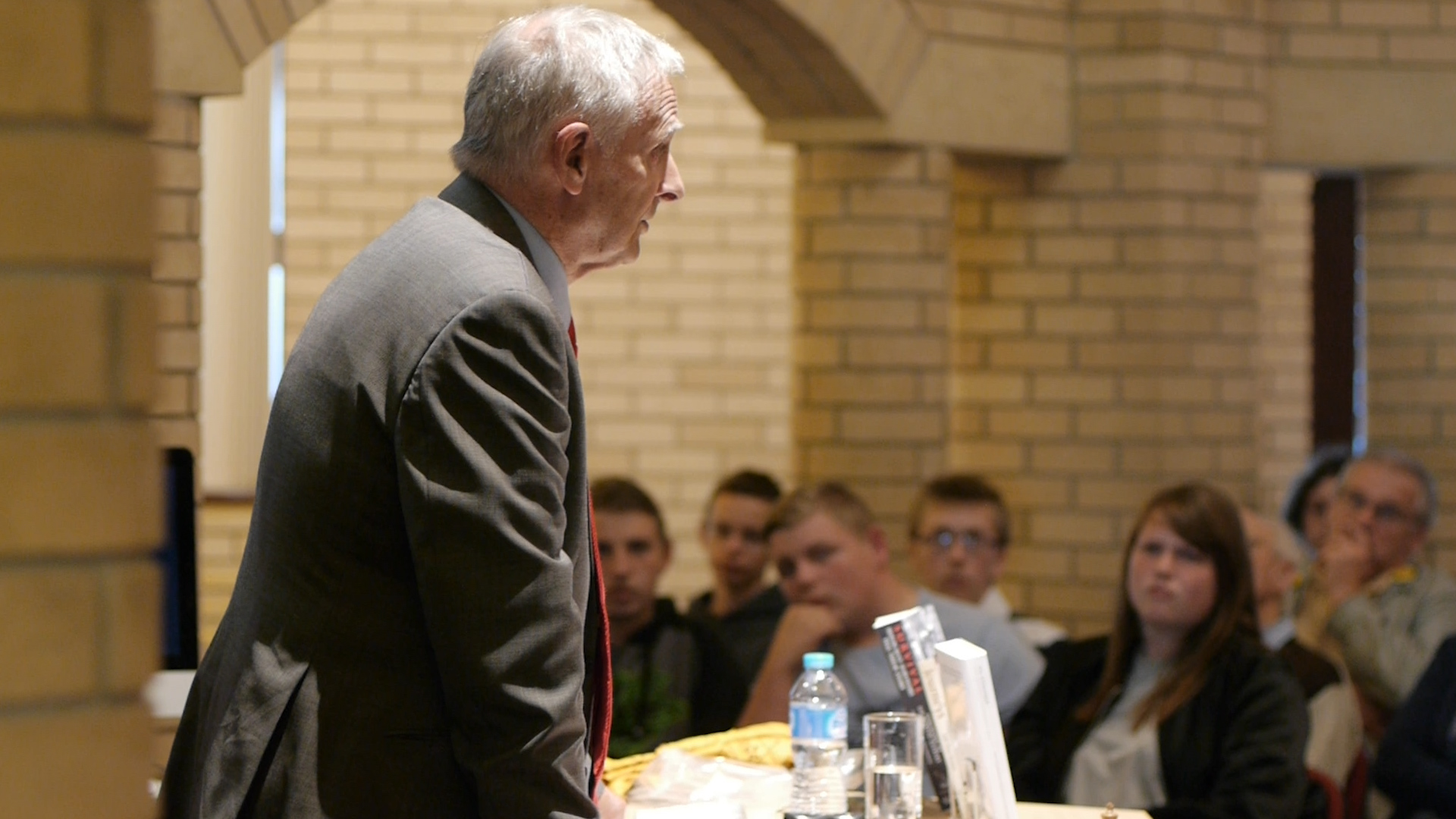