Now 79 years old, Johnson arrived in the UK from the Commonwealth of Dominica in 1961. He eventually ended up working in Ollerton Colliery, Nottinghamshire, which was his first experience of coal mining.

He says: “My brother was working in the mine and he introduced me. At the time, the miners would get coal. In the winter time, a miner’s house was always warm.”

Working in the mines

Johnson, who later moved to Gedling Colliery Nottinghamshire, said working in the mines was ‘dirty and dark’ but it was the sense of camaraderie that made it worthwhile.

“The good thing about the mining, regardless of how difficult it was or dangerous, was the friendship."

“The good thing about the mining, regardless of how difficult it was or dangerous, was the friendship, it was the togetherness.

“You have to do the job right, because the chap who’s coming in on the next shift, he’s got a wife and children… If one of your colleagues is hurt, you’re hurt. That is the way it is: working together, caring together.”

The ‘Pit of Nations’

Known as ‘the Pit of Nations’, Gedling Colliery had workers hailing from all over the world. He remembers colleagues from Poland, Jamaica, Ukraine, St Lucia, and, of course, Nottingham.

“What was wonderful was the different cultures. You respect them and you learn.”

“What was wonderful was the different cultures. You respect them and you learn.”

One Jamaican miner working at Gedling was Vernon Gregory, relative of historian Norma Gregory. After discovering a special commendation certificate for Vernon from the Coal Board, Norma applied for National Lottery funding for the ‘Digging Deep’ project. She wanted to document the under-recorded narratives of Afro-Caribbean miners and to share with the public their important contributions to the UK’s industrial and social history.

She says: “Little is presented in museums or publications about the experiences of miners of African-Caribbean heritage in the UK. By making a start unearthing this rich source of history, the project aims to interpret a more realistic, inclusive discourse. The black miner in the UK should and must be acknowledged.”

A chance meeting with Norma who was promoting the project at Nottingham Carnival in August 2016 inspired Johnson to get involved.

"Until this project came along, nobody had asked me before about my mining experiences."

He says: “Until this project came along, nobody had asked me before about my mining experiences. I was really interested in sharing my personal narrative.”

Throughout the project, Johnson has shared his experiences for museum archives and spoken at miners’ reunions. He has also appeared as a guest on local television and his portrait appears in the national Digging Deep touring photographic exhibition.

Norma discovered that modest Johnson was in fact a trade union representative and helped many people throughout his career.

He says: “I was the first black man elected by white men to speak on their behalf as a union man. It was fantastic really.”

A well-known figure in the community, he helped to look after colleagues if they were short on money, had a problem with management or were injured in the course of their work. He is still haunted by the memory of one of his co-workers who was fatally injured by a coal-cutting machine.

“I’m still hurting right now. He had seven children. At that time, I was involved in the union and I made sure his children would be okay. And his children are still okay now.”

Once Gedling Colliery closed in 1991, Johnson lost touch with many of his colleagues. His biggest joy has been reuniting with former friends, and making new ones, celebrating the togetherness that made work in the mines so memorable.

“I felt part of the community by getting involved in preserving our heritage through this project.”

He says: “Meeting up with former colleagues and comrades has been good for me as many miners who I have seen through the project, I had helped them to sort out any disputes when we worked together, years ago.“I felt part of the community by getting involved in preserving our heritage through this project.”

With the help of Norma, he has helped to set up regular meet-up groups for the miners. “If you live in the same area with your colleagues, then you’ll go for a pint and talk about the old days and how things were.”

A moving and memorable experience

Overall Johnson says taking part in Digging Deep has been ‘moving and memorable’ and feels proud of his contribution.

He says: “I am prepared to do all I can, because it’s important to have the history passed on from generation to generation. If it’s not written down, people soon forget it and think ‘these people didn’t contribute anything’.

“We don’t need any recognition; what we need is to let them know what we’ve done, the legacy that we contributed to keep this wonderful country going. I feel I can go forward with a fresh outlook on life and know that I gave this country my best.”

“It has changed my life for the better and it has encouraged me to continue helping others by offering support as best as I can.

“Thank you to the National Lottery players for making the Digging Deep project possible.” 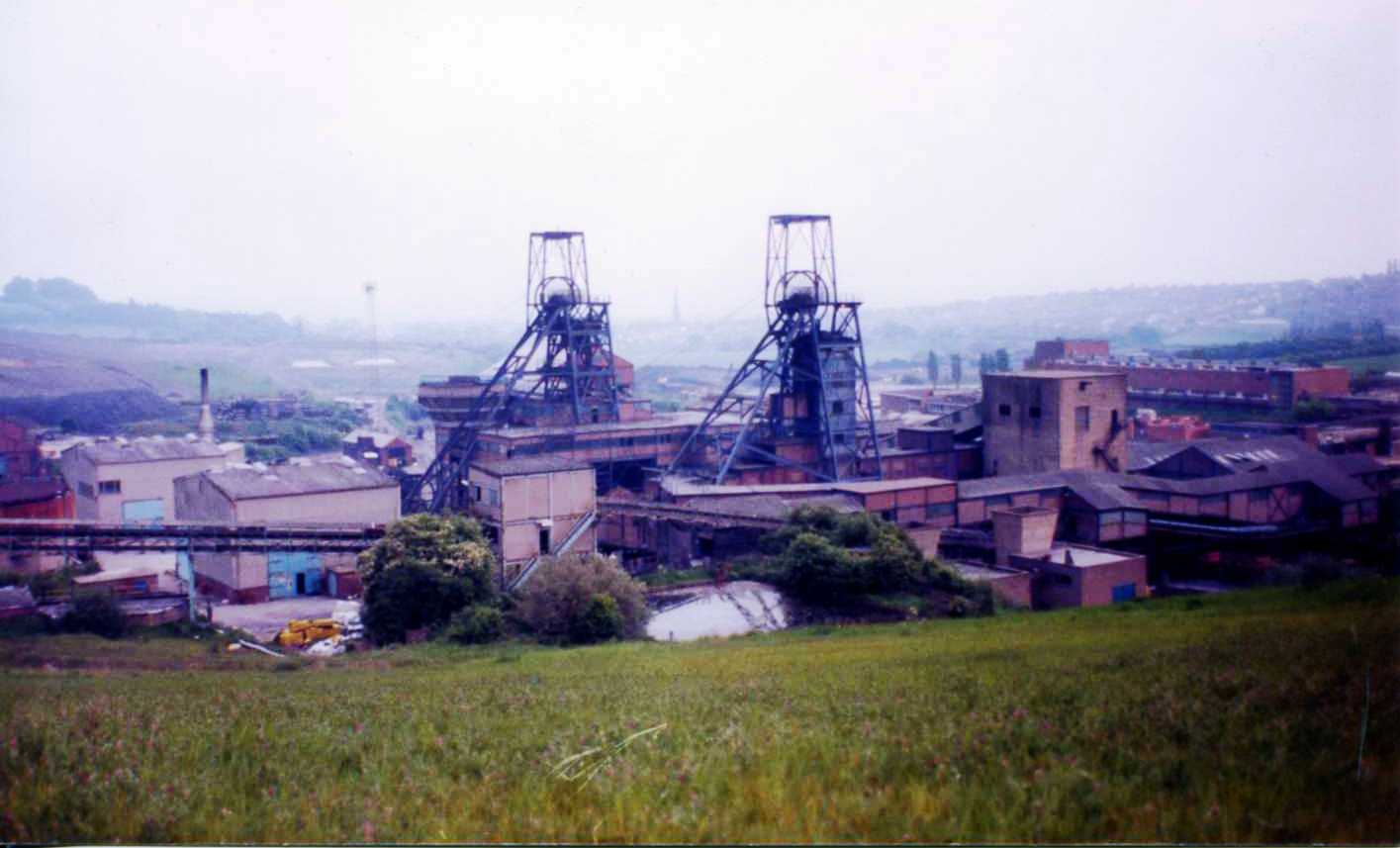 Gedling Colliery in the early 1980s 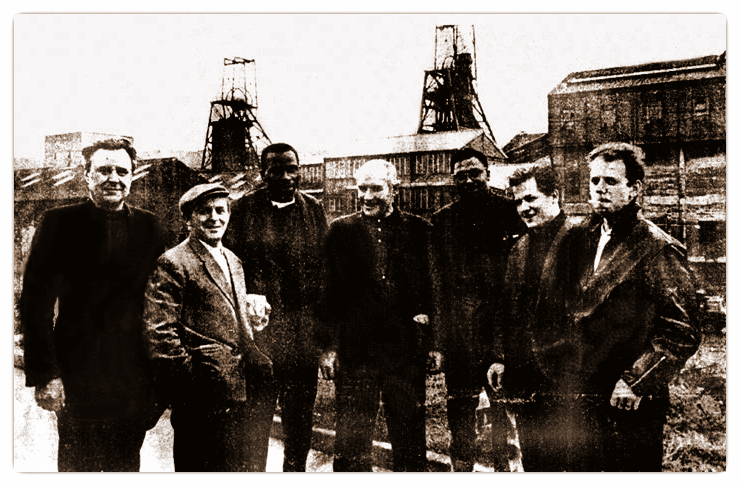 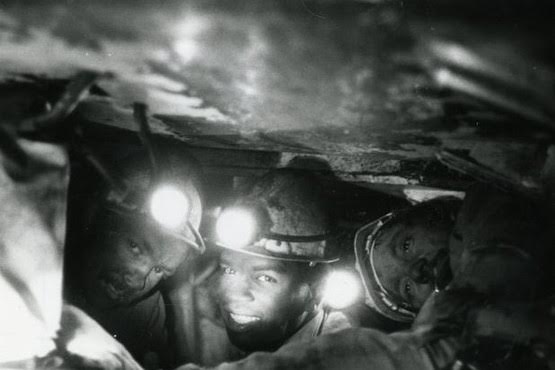 Workers down the mine Johnson pays his respects at the miners' memorial 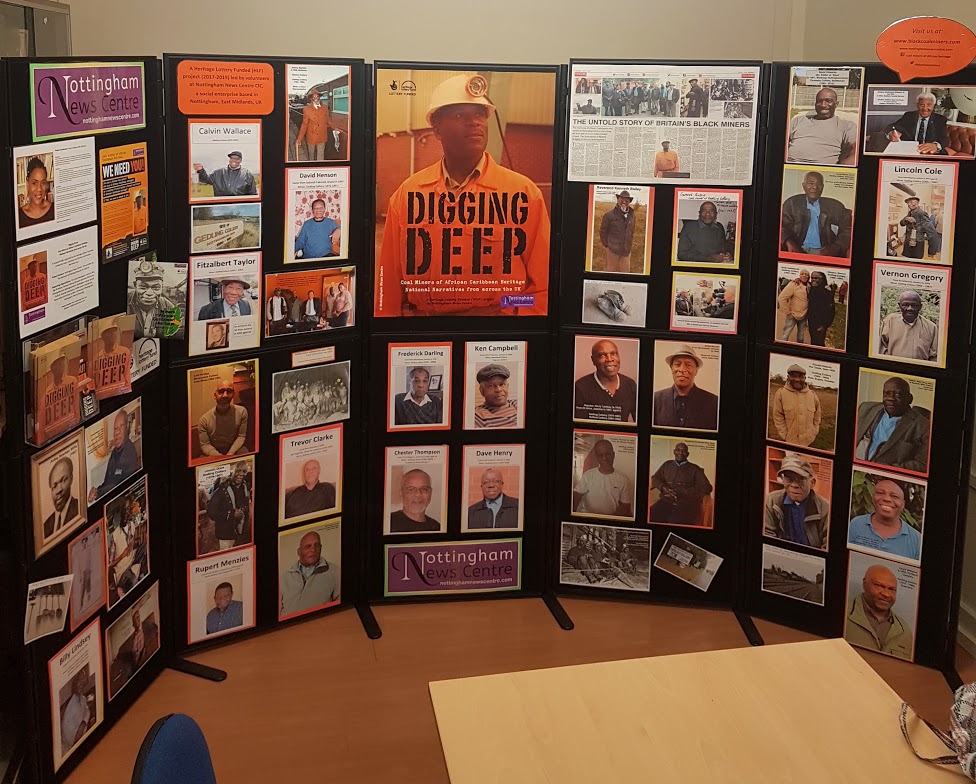 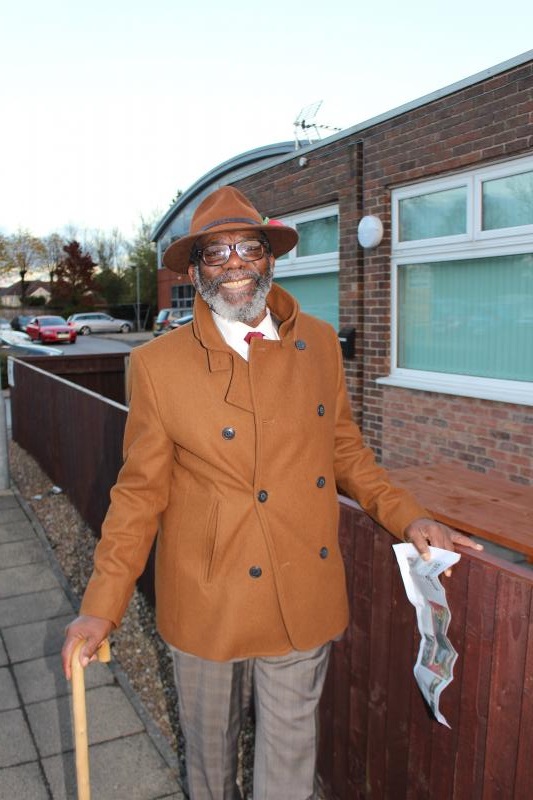