Former tree surgeon Graeme McGrath switched from managing trees to volunteers, thanks to HLF-supported traineeship scheme with the National Trust.

After leaving school Graeme, now 46, wasn’t sure what he wanted to do as a career and fell into various jobs from pub work and fire alarm installation to doing a stint as a security guard for Channel 4's Brookside and Hollyoaks. He quickly realised he needed a job he enjoyed rather than just something to pay the bills.

A keen gardener, he enrolled on an arboriculture course on Lord Derby’s estate, eventually completing a BSc in Arboriculture to become a self-employed tree surgeon. A few years later the economic downturn coupled with increased competition impacted his business: “When I first started I could work eight days a week; I was turning work away all the time. By the end of it we were lucky to get even three days’ work,” he remembers.

But it was a more personal wake-up call just after his 40th birthday that set Graeme on to an altogether different career path: “The final straw for me was the diabetes,” he says. “I didn’t realise I had it at the time, but I found myself at the end of a branch one day literally shaking like a leaf. I couldn’t get down. I had a few days in hospital while they got me back under control and I realised then, from that point on, I shouldn’t really be playing with chainsaws.”

Graeme had always thought the National Trust would be a good organisation to work for but when the Volunteer Management Traineeship – funded through HLF’s Skills for the Future programme - was advertised at nearby Speke Hall, it was his girlfriend who talked him into applying: “I thought she meant a ranger job or something like that, but then she said it was for a Volunteer Manager. I thought: ‘I’ve done plenty of volunteering, but I’ve never managed anyone. I’ve only ever managed trees.’”

Having already convinced himself he wouldn’t get the job, Graeme was delighted to be selected as one of only 17 trainees based at National Trust sites across the country. Some 18 months later and he graduated from the programme with an Institute of Leadership & Management (ILM) Level 3 qualification in Volunteer Management.

Fuelled by his own experience growing up in a Liverpool council estate, Graeme has become a champion for inclusion in his new role: “In the late 1980s, aged 19, I moved to the south end of the city, Toxteth, which was so multicultural and vibrant, I knew it was the place to be,” he says.

“I thought: ‘I’ve done plenty of volunteering, but I’ve never managed anyone. I’ve only ever managed trees.’”

He loves the diversity of his home city and has worked hard to form sustainable partnerships with local housing associations, the NHS Social Inclusion Team and the Liverpool Guild of Students in a bid to make volunteering and Speke Hall more accessible to the communities on its doorstep. He says: “Working in partnership with existing service providers allows us to reach some excluded groups that we would not ordinarily be able to access alone.”

Based on the latest volunteer satisfaction surveys, Speke Hall is now among the National Trust’s top places to volunteer in the North. Regarding himself as "not much of a trumpet blower", Graeme won’t admit that’s down to him, but believes having a dedicated person to manage and look after volunteers does make a difference: “My role is to deal with whatever issues the volunteers have. I think that’s probably why the survey results have gone up because the volunteers know there is a dedicated person there specifically for them and any queries they have. I’d like to think that because our volunteers are happy, and the staff are happy, then the visitors are happy too.”

For Graeme the personal benefits have also been far reaching, and not just from a health point of view: “I’ve really enjoyed it. I feel like I’ve found my feet now and I’ve got the confidence to do well in the role. As a Volunteer Manager you can’t even imagine the things you will be doing until you are doing them. I never thought I would be dressed up in tights in a Tudor costume with a falcon on my arm.”

“I never thought I would be dressed up in tights in a Tudor costume with a falcon on my arm.”

From managing trees to people, one thing Graeme is adamant about is the fact he, and others like him, would be unable to make a move into the heritage sector if it wasn’t for paid traineeships like the one he attended: “I think it’s absolutely brilliant they are prepared to do this. By funding this and the accreditation, HLF and the National Lottery have definitely helped open up the heritage sector. There are so many people out there like me, who are passionate and should be given a chance, but without funding, without paid traineeships, I wouldn’t have been able to do it.”

And he adds: “I have been very fortunate to secure a full-time volunteer coordinator job at Speke Hall after completing the traineeship in November. I have a contract until the end of February 2018 which I hope will be renewed! I would like to stay with the National Trust as long as possible but feel, with the accredited training and experience, I would have a good chance of finding work with other volunteering organisations if need be.” 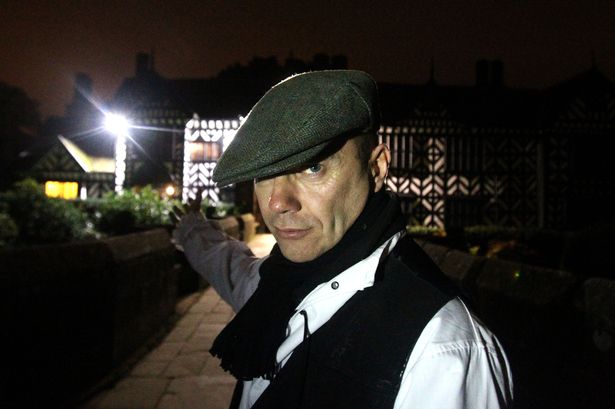 Graeme in Victorian dress, welcoming visitors to the Hall's Circus of Horrors 2016 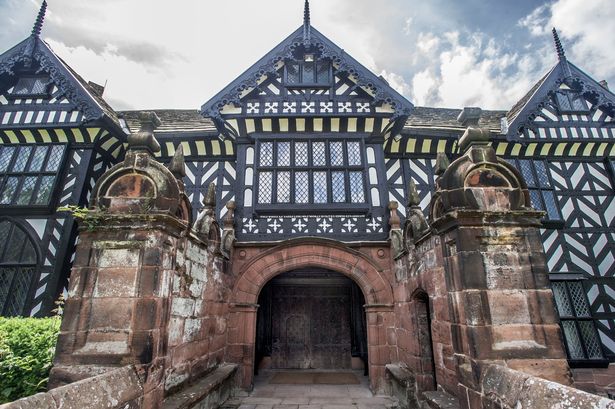 An anti-racism campaigner banished his personal troubles after taking a painful journey into the past to highlight the role of slavery at British visitor attractions.

Mo Cooper never imagined she had the right experience to make decisions about how HLF distributes money raised by the National Lottery. But after two years on our East Midlands committee, she’s discovered just how much she has to bring to the role.