Museum of the Year 2019 finalists announced

Museum of the Year 2019 finalists announced The finalists battling it out to be named Art Fund's Museum of the Year have been revealed. Four of the five shortlisted Museums are National Lottery-funded.

Sixteen previous winners of Museum of the Year (previously the Art Fund Prize and Gulbenkin Prize) have been National Lottery-funded.

This year’s winner of the £100,000 prize will be announced at a ceremony at the Science Museum on 3 July. You can follow events as they unfold via #museumoftheyear. Find out more about Museum of the Year 2019.

HMS Caroline is the last remaining British light cruiser ship from WWI and the sole survivor of the Royal Navy from the Battle of Jutland. The extensive project received over £14million of National Lottery funding to conserve and restore the ship after it was saved from scrap, which was completed in 2018.

Housing one of the most significant collections of anthropology and archaeology, the Pitt Rivers Museum, has also taken an innovative approach to encouraging visitors to question the objects they see on display through a series of programmes. Their programme ‘No Binaries’ called for queer responses to the museum’s collections to challenge prejudices and celebrate diversity was awarded funding from The National Lottery Heritage Fund. 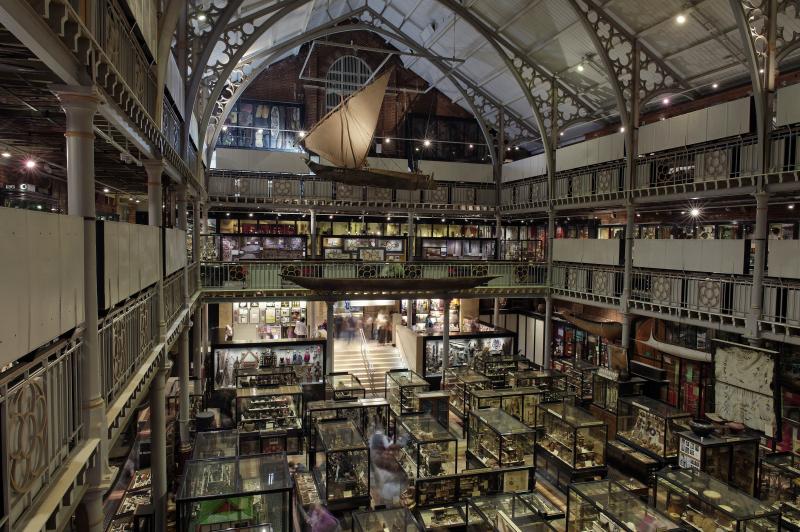 St Fagans National Museum of History underwent a multimillion pound revamp last year, for which it received £12.5m of National Lottery funding – the largest grant ever awarded by The Fund in Wales. St Fagans now boasts new galleries and workshop spaces that allow it to work towards its aim of creating history ‘with’ rather than ‘for’ people. Following 11 years of planning and construction, the V&A Dundee opened its doors in September 2018 to become the UK’s first design museum outside of London. Thanks in part to £14.1m from The National Lottery Heritage Fund, the museum has welcomed over 500,000 visitors since its opening.