The Painted Hall at the Old Royal Naval College in Greenwich reopens on 23 March, thanks to £3.1million from The National Lottery Heritage Fund.

After a two-year conservation project costing £8.5m, the 'Sistine Chapel of the UK’ will open to the public again this weekend.

Covering 4,000 square metres, The Painted Hall’s decorative interior is regarded as a masterpiece of English Baroque arts. It took 19 years to complete.

Here are some of the finer details to look out for: The painter of the Hall’s decorative interior, Sir James Thornhill, was the first British painter to be knighted. When creating his Baroque masterpiece, he included himself among the crowds. He can be found on the West Wall of the Upper Hall. 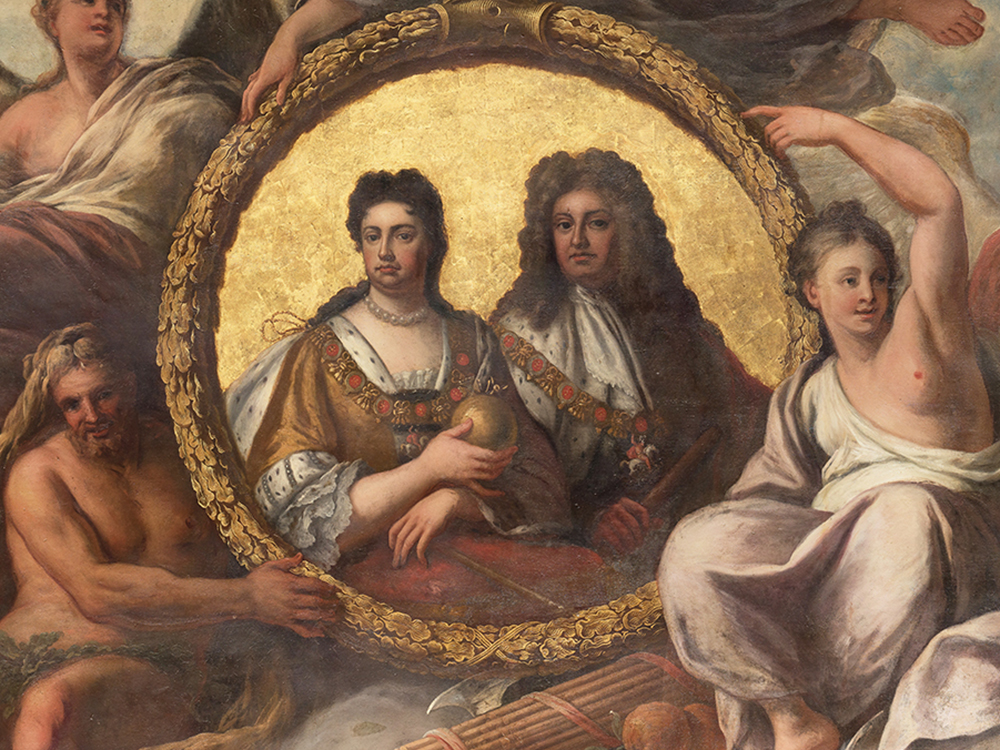 Olivia Colman recently won an Oscar for her portrayal of Queen Anne in The Favourite. The monarch also makes a cameo appearance in the mural of the Painted Hall alongside her husband Prince George of Denmark. If you look closely in the background of the mural on the West Wall of the Upper Hall, you can see the iconic dome of St Paul’s Cathedral. The Cathedral was designed by Sir Christopher Wren, who also designed the Old Royal Naval College. 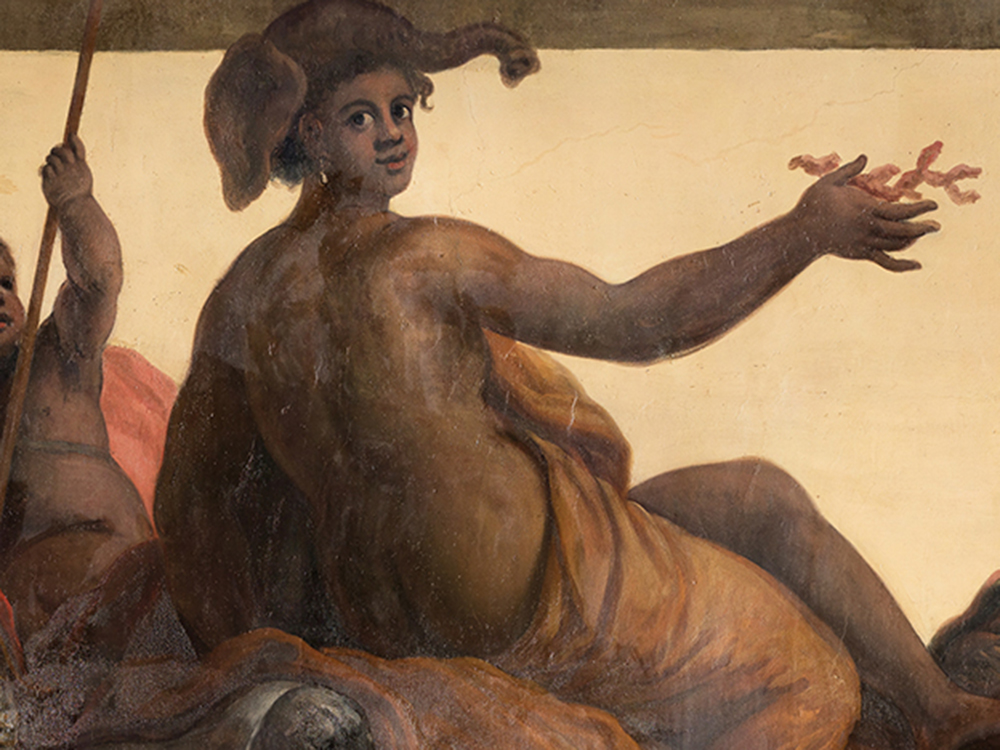 This figure of "Africa" is one of four characters found on the edge of the Upper Hall ceiling. Each one represented the only four continents known to people at the time: Africa, Asia, America and Europe.

The Painted Hall reopens on 23 March with a weekend of special activities, including music recitals and historic figures touring the grounds. There will also be a photography exhibition telling the story of the Hall’s conservation.

Find out more on the Old Royal Naval College website.

The grant will also support the delivery of conservation skills training and a programme of associated public, community and learning events.Created in the early 18th century by Sir James Thornhill for Sir Christopher Wren’s Royal Hospital, for seamen, the spectacular, Grade 1 Listed, Painted Hall

Today, Royal Museums Greenwich (RMG) has received earmarked funding of £4,981,100 including development funding of £304,000 from the Heritage Lottery Fund (HLF) towards a £11.9M project.