Twilight People: stories of gender and faith from beyond the binary

The lives of transgender people are often overlooked when it comes to our heritage, which is why it’s so important to capture their stories in their own words. Exhibition curator Charlotte Kingston reveals some of her experiences working to bring these stories to a wider audience.

Twilight People was (and continues to be) a groundbreaking project that showcases the stories of people who identify as transgender or gender non-conforming, as well as people of faith.

Twilight People was conceived as primarily an oral history project with an exhibition attached. The oral history archive will be stored at the London Metropolitan Archives, and is intended to grow over time. The photography and object exhibition was first launched at the Islington Museum in February 2016 for LGBT+ History Month, and has since toured to Coventry and Manchester. Twilight People will hopefully visit Bristol in the autumn of 2016.

Why gender and faith?

Both gender and faith can be critical lynchpins in people’s identity – they are both examples of strong community and belief systems that concern the body and soul. To someone on the outside, it might not seem possible that someone can be both an active member of a faith group and also be transgender or gender non-conforming. As the project manager Surat-Shaan Knan puts it in his interview: “Realising I can be a transgender Jew was just fantastic. I can’t be just trans, and I can’t be just a Jew. It had to be both.”

Many people wrongly assume that the body and its impulses are often fighting the world of faith and organised religion. In fact, there are as many different stories as there are people, and everyone featured in the exhibition had their own way of expressing how their gender identity and their faith worked together – usually in positive and nuanced ways which enrich our understanding not only of the gender non-conforming identities with which they align themselves, but also of the faiths and spiritual paths they belong to.

The power of imagery

The star feature of the exhibition is undoubtedly the beautiful photographs by Christa Holka. The participants are captured in moments of reflection, serenity, jubilation, strength and pride, many of them holding an object that represents their faith journey or identity. There are so many stories around the photographs, such as one participant who from the outset was so sure that she would hate how she appeared, but then was very moved upon realising how beautiful she could look.

The exhibition also included personal items, such as a set of Jewish vestments intended for men and donated by a person who had transitioned and no longer had any need of them. She would like to see them passed on to a Jewish trans-man, as a kind of inverse of her experience.

What I learnt from the project

How to express feeling 'other' in your own body was a fascinating journey of exploration for me. As a cisgender woman I felt humbled by the courage and honesty expressed through the participants' oral histories. On a more practical level, I learnt that beginning a round-the-table workshop with your name, your role, and your preferred gender pronoun (he, she, they), meant that you could never fall into the trap of making assumptions – quite simply, you always had to be aware of the language you used, and with whom, and this made for a highly aware process as well as a finely-tuned exhibition.

For me as curator, the project was challenging for a number of reasons. How would we tell these diverse and sensitive stories through the interpretive elements so that they connected with audiences, but also accurately reflected the person represented? Would any accompanying panels be exclusively be in the participant’s voice, or could it have a third person narrative to introduce them? Should we include names, ages, faiths, gender identities? Was it always relevant to do so? I learnt that the nuances of how people of non-conforming gender identities is rooted very strongly in language, and that a single word could mean the difference between a respectful attitude towards someone, and the complete opposite.

We combated some of these issues by relying heavily on the oral histories gathered to express the core parts of the interpretive panels, but we also asked volunteers to draft more neutral introductions to each participants, drawing on things that they had shared in their oral histories, and working closely with the participants to ensure that what was said felt true to them.

There were other issues to consider, such as what to do if a person’s identity changes throughout the project, and how to deal with participants who could not be named or whose identity could not be revealed for fear of compromising their safety in their community? These issues were a very real part of our planning process, and necessitated a few last minute changes to text panels in some instances, and a sensitive approach to giving out names or revealing key identifying features in others.

This exhibition would not have happened without the dedication of the volunteers, the drive and vision of the project manager Surat-Shaan Knan and the support of HLF, as well as the generous hosting of the project by Liberal Judaism.

The volunteers were integral to the making of the exhibition – they listened to hours of oral histories to select the words that they felt were most resonant with them. The team then edited and finessed these into exhibition text, which was then approved by each of the participants. The final exhibition is really a product of the work of many individuals coming together to amplify the voices of transgender people.

Thanks must also go to my co-curator Sean Curran who is writing up their PhD thesis on challenging the invisibility of queer identities in historic houses at the UCL Institute of Education; to Susanne Hakuba for creating a powerful film which also accompanies the exhibition; and to Lai Couto for thoughtful, inventive and beautiful exhibition design.

To find out more about the project and the exhibition, visit the Twilight People website. 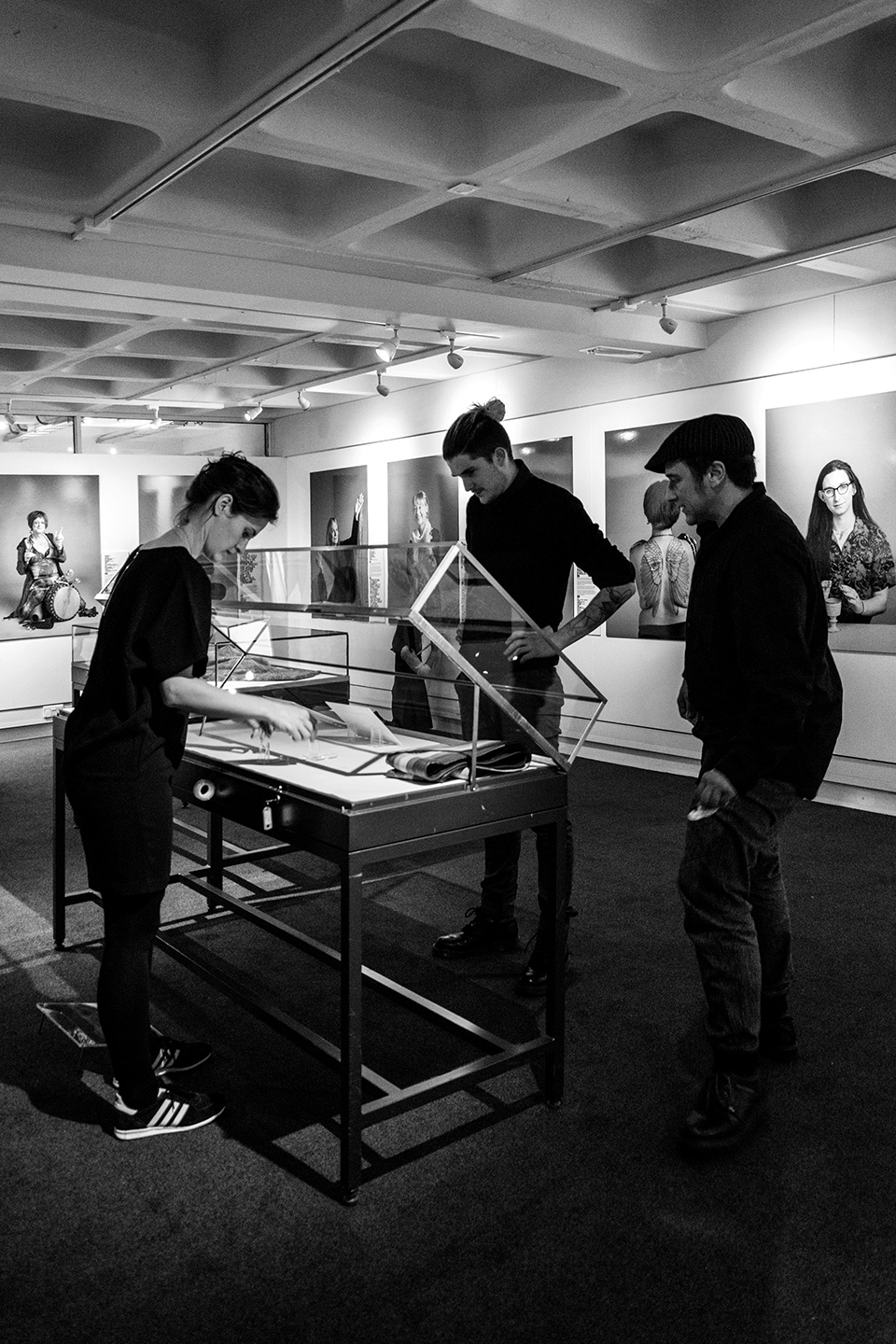 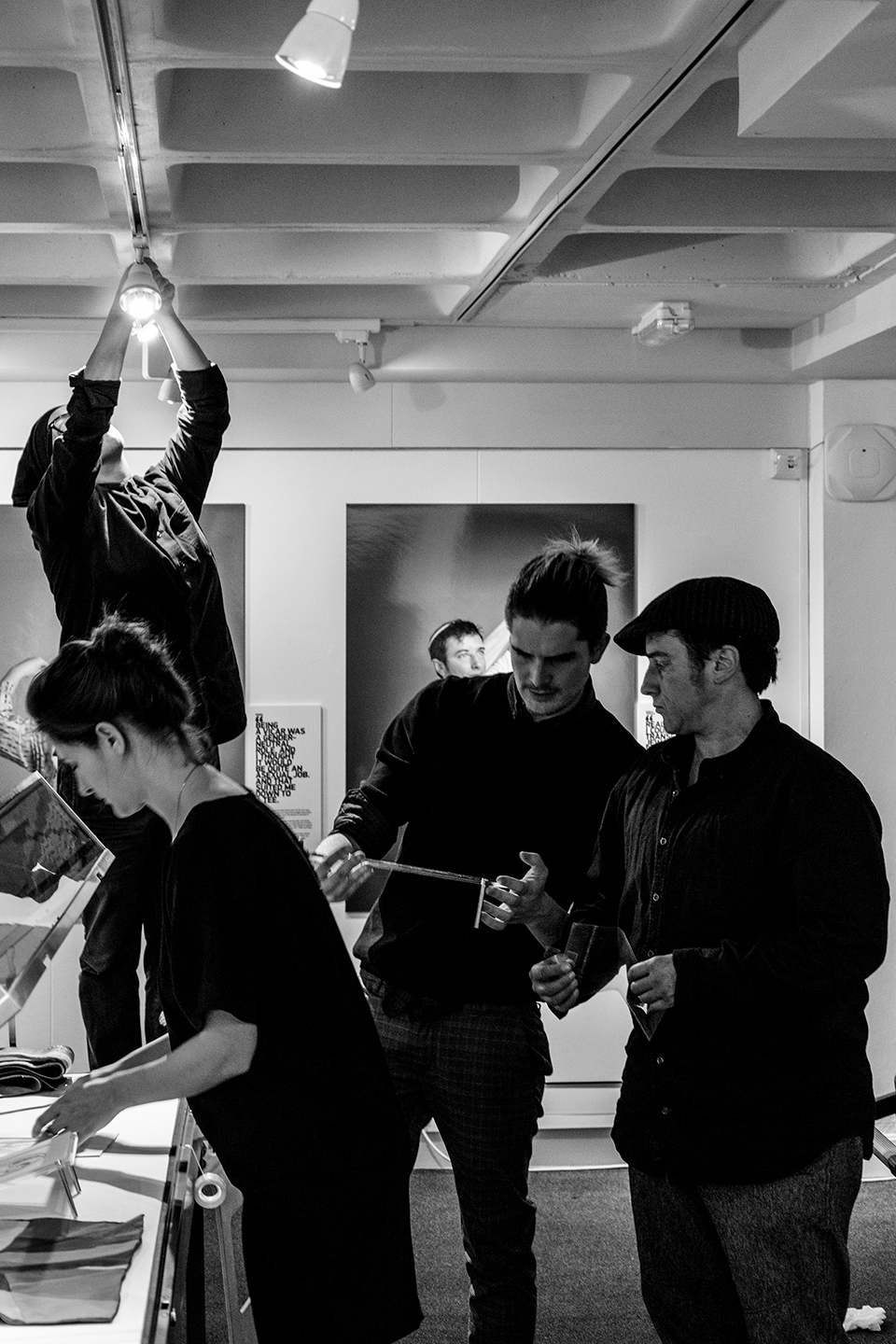