HLF Chair Sir Peter Luff marks the Centenary of the Battle of the Somme by exploring how National Lottery funding is helping the country remember, and reflect on, the First World War.

Just two weeks ago I drove across the Somme on my way from the Eurotunnel terminal to a short holiday in the Loire Valley. I saw the sign for the Somme River and shuddered. In just a few minutes and in the comfort of a modern car, I crossed a battlefield where, a hundred years ago today, a battle began that raged for five months and cost over a million casualties, men killed or dreadfully wounded.

Then last night I sat in Westminster Abbey for the service that began the vigil on the eve of the centenary of the battle. From high in the Abbey, a lone bugler from the 1st Battalion of the Welsh Guards played the Last Post. He played it perfectly and he did so on a bugle that was used by the same battalion at the Somme 100 years ago.

[quote]"Since April 2010, HLF has awarded nearly £80million to over one thousand five hundred projects looking at the heritage of the First World War."[/quote]

These two events both chilled me and, in a strange and powerful way, helped me to see this most awful of battles as something close and almost personal.

These events too, for different reasons, became very personal. You could say that I owe my life to M33. Caroline is superbly restored by the National Museum of the Royal Navy, and succeeds in bringing to life the lives of the sailors of the First World War.

Both these ship restorations, as well as the creation of the new First World War galleries at the Imperial War Museum, were only possible thanks to the National Lottery. The players of the lottery made it possible for HLF to make significant grants to all three.

The Battle of the Somme saw the first use of the tank - by mid-September 1916 the British were ready to assault the German third line of defences with this new weapon. Of 49 tanks available to support the infantry, only 36 reached their starting points, though these caused alarm among the German defenders. HLF support is also enabling the transformation of the Tank Museum at Bovington.

Since April 2010, HLF has awarded nearly £80million to over one thousand five hundred projects looking at the heritage of the First World War.

These projects, large and small, cover most of the UK, and explore many different aspects of the heritage and legacy of the Great War.

The Battle of the Somme was a tragedy of epic dimensions. But it came only half-way through the war. Many grants have been made by HLF to help communities remember the events leading up, to the Somme and to recall the Somme itself.

[quote]"If you are moved by the commemoration of these events today and would like to organise something in your own community, please think of applying to HLF for a grant."[/quote]

Grants are still available from HLF to explore almost every aspect of the heritage, legacy and impact of the First World War.  This funding includes a special grant programme for community projects, called First World War: Then and Now, which awards grants from £3,000 to £10,000. Applications for this programme will be open until 2019.

If you are moved by the commemoration of these events today and would like to organise something in your own community, please think of applying to HLF for a grant.

The National Lottery is making it possible for communities across England, Wales, Scotland and Northern Ireland to find their own way of sustaining, understanding and explaining the heritage of these profound events. Events, as that lone bugler reminded me last night, that were global in their scale and impact, but always deeply personal for the communities, families and friends of those who paid the ultimate price just 100 years ago. 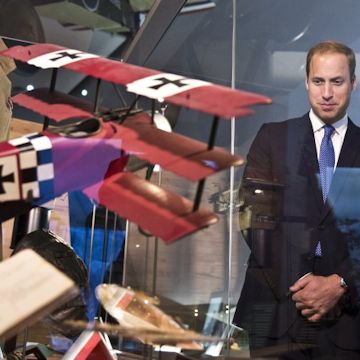