It's International Museum Day on 18 May. To celebrate, we got in touch with some of the 1,100+ National Lottery Heritage Fund-supported museums to find out about their most weird, wonderful and significant objects.

The Hand of Sir John Heydon at Norwich Castle

Sir John was a 17th-century Royal courtier who, according to a 1609 letter, lost his hands “in a brabble” (a duel). Dr Tim Pestell, senior curator of archaeology, says it is “a grisly reminder of a violent age, when differences could be resolved by death or maiming”. Bronco lost his fingers and toes to frostbite on the first all-military expedition to scale Everest. They are now on display in the new Soldier Gallery at the National Army Museum. Anti-suffrage voodoo doll at the Museum of Wales

The doll, complete with three protruding pins, was bought at an antiques fair in west Wales and is an unflattering and grotesque caricature of a suffrage campaigner. It was anonymously posted through the letterbox of a Welsh woman, and rediscovered by her niece after her death. 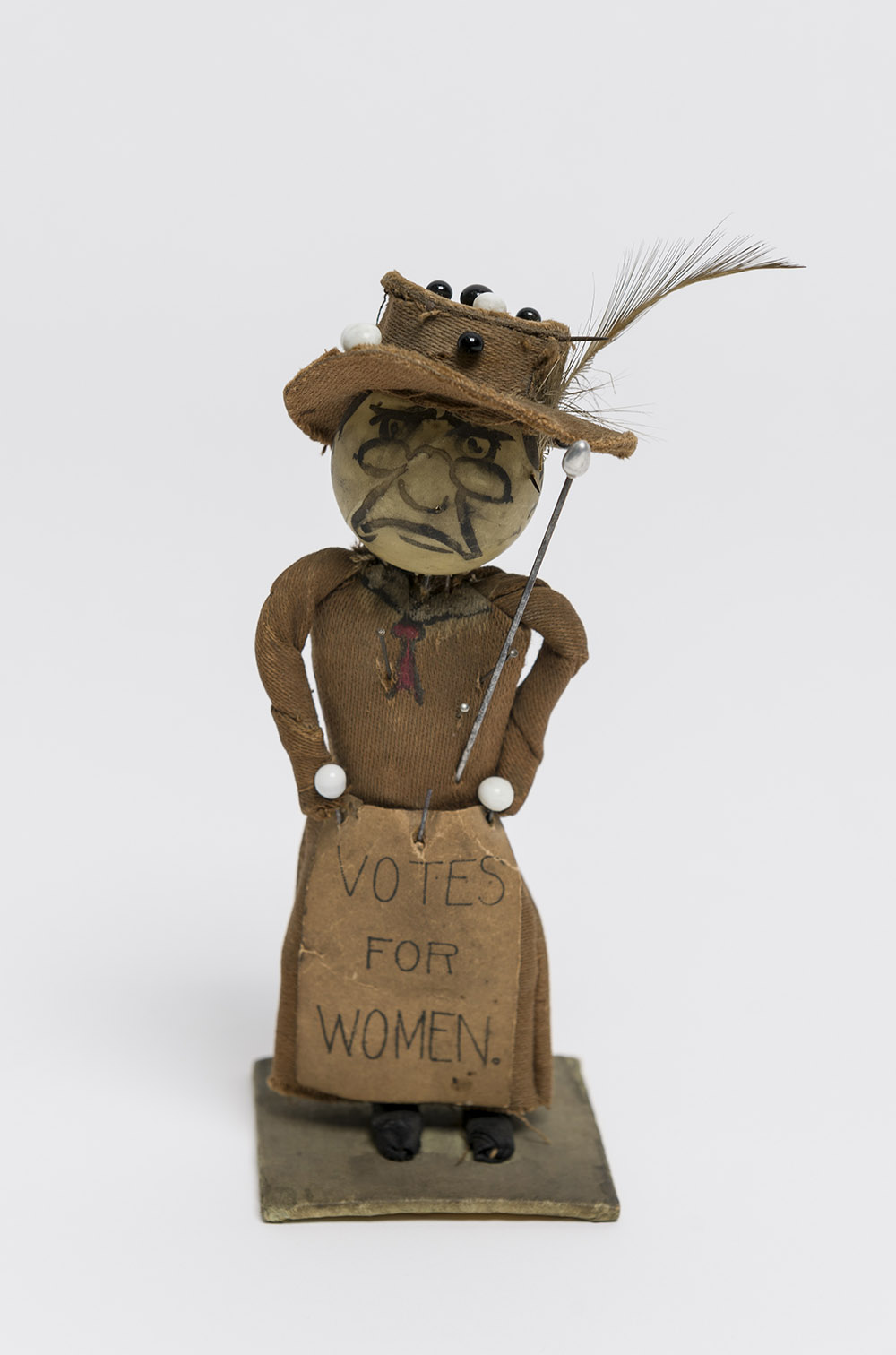 Each sheet bears a caricature of a Nazi leader, such as Joachim Von Ribbentrop, Herman Goering, and of course Adolf Hitler, with a toilet humour double entendre emblazoned beneath. Sarah Armond, from Bletchley Park says: “This toilet paper is superluminal propaganda, fostering hatred and ridicule of the enemy”. 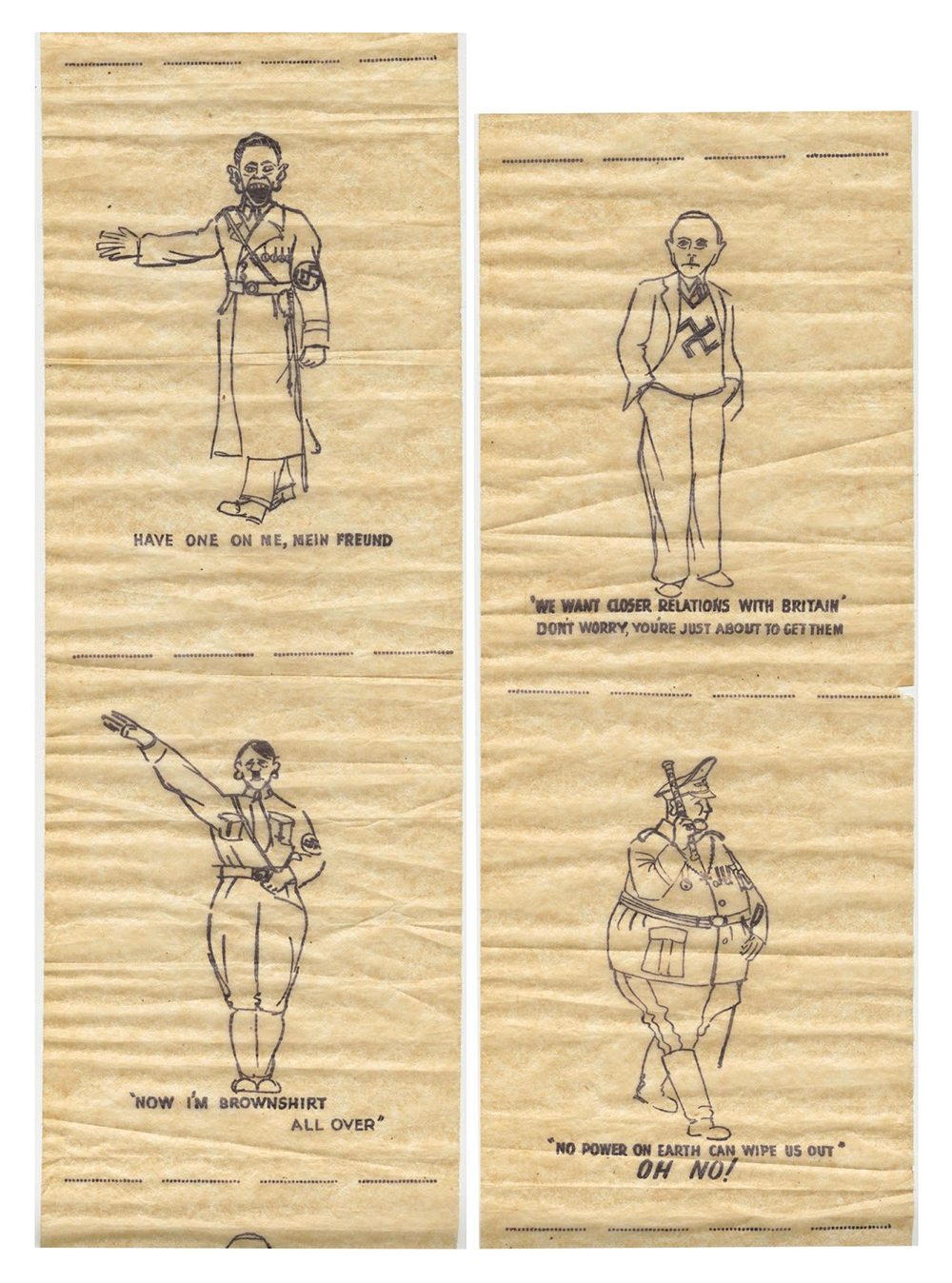 During the First World War, 16 men who refused to participate were imprisoned in Richmond Castle and the walls were covered with political slogans, religious hymns, poetry, portraits of loved ones, even a few examples of dark humour. “You might just as well try to dry a floor by throwing water on it, as try to end this war by fighting” wrote Richard Lewis Barry, a socialist who worked in a lace manufacturing factory. 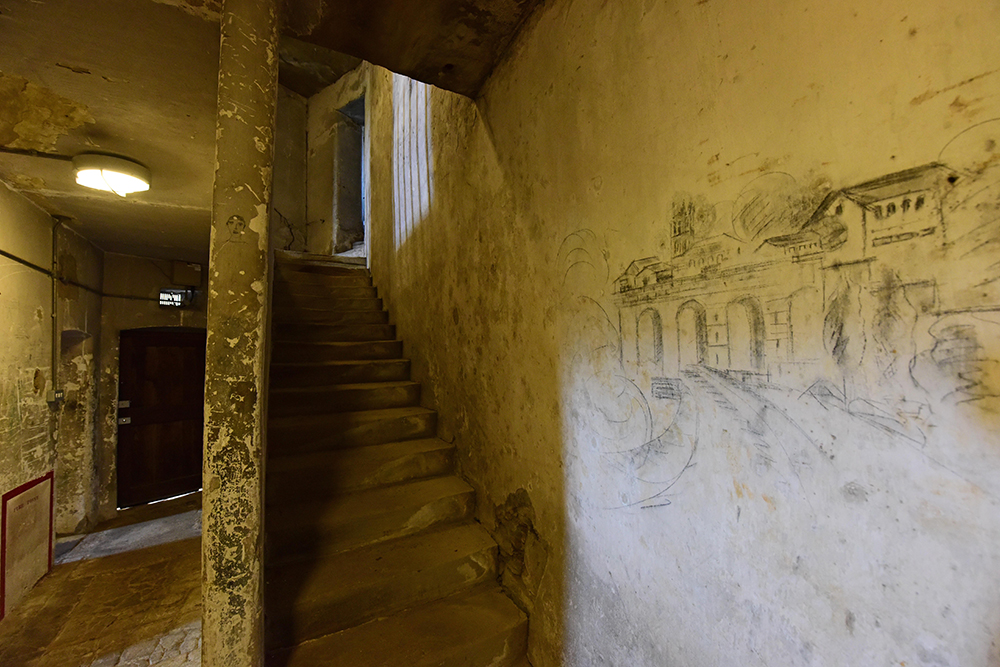 1,900 year old papyri at the National Library of Wales

The earliest manuscripts in the library are the Greek papyri from Oxyrhynchus in Egypt, dated A.D. 113, A.D. 299, and 4th century. These manuscripts are part of an extensive and varied collection, which is being made more accessible to the public. 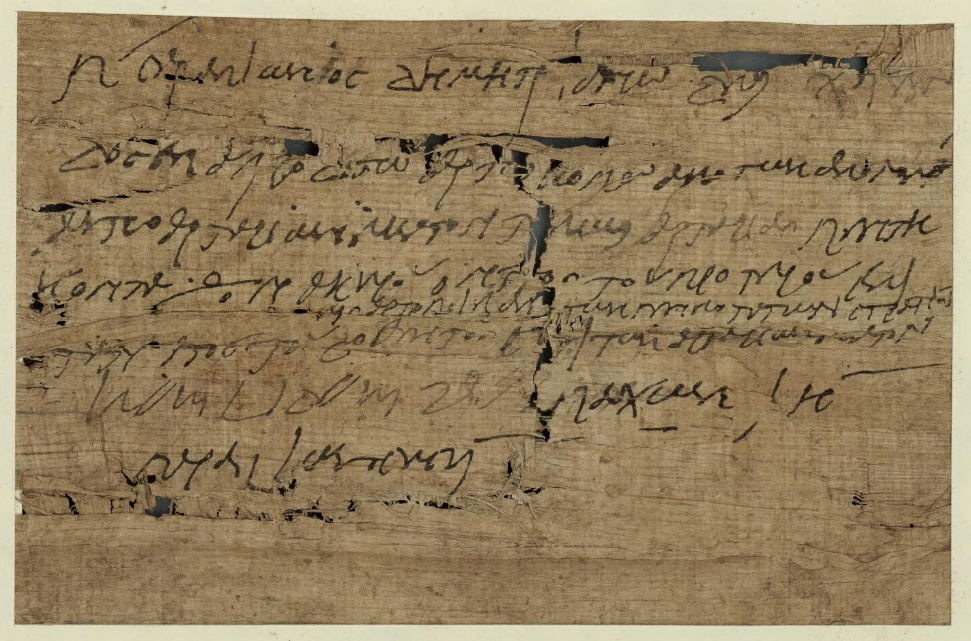 437-year-old guitar at the Royal College of Music

The Dias guitar is the oldest surviving guitar in the world. It was made by Belchior Dias of Lisbon in 1581, and is believed to have belonged to the Medici family of Florence during the 17th and 18th centuries. Whistlejacket portrait at the National Gallery

George Stubbs’ 1762 portrait of the racehorse Whistlejacket belonged to the second Marquess of Rockingham, who commissioned the painting in celebration of the Arabian-bred stallion’s superb proportions and beautiful appearance. 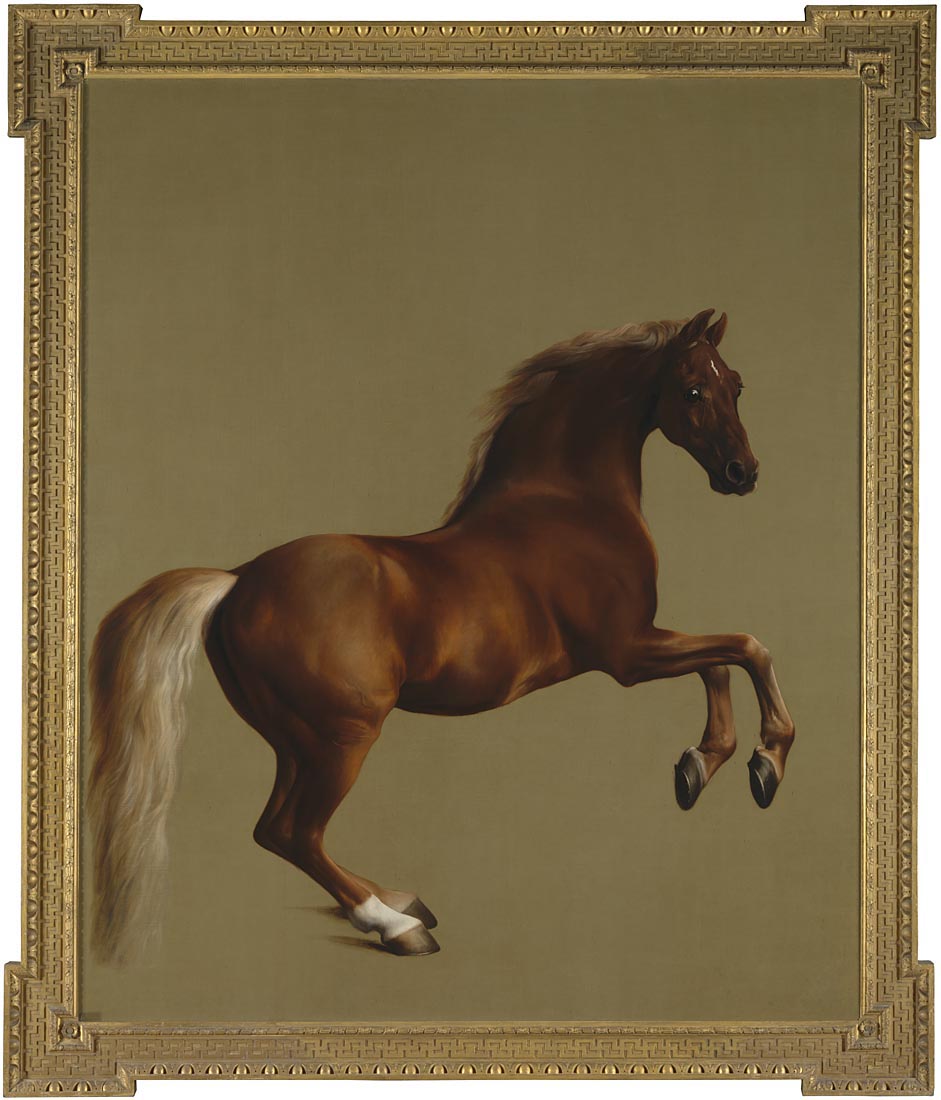 “One of the most important miniature paintings of the Jacobean age” is how Emma Thompson, Powis Castle general manger, describes the miniature of Edward Herbert. As the 1st Baron Herbert of Cherbury he was an unabashedly ambitious soldier, scholar, diplomat, musician, and poet, who epitomised the romance and chivalry of the late Elizabethan age. Diaries, a cigarette box, and Christmas cards kept by, and exchanged between steward Albion Percy Smith and Captain Henry Ralph Crooke - who served on HMS Caroline during World War I and the historic Battle of Jutland - are now on display at the ship’s newly-opened Pump House centre. 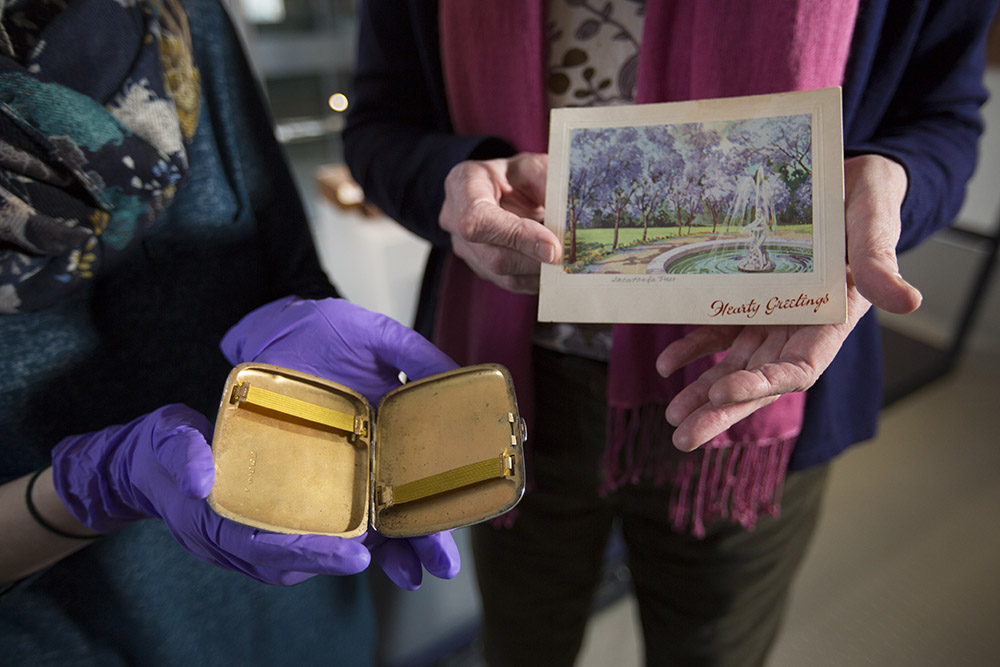 Flown on return from a successful mission, the Jolly Roger was the unofficial flag of the submarine service. This example, a presentation copy made by the crew of the Chatham-built HMS Trenchant, is embroidered with symbols that denote the type of actions the submarine was involved in. These six pewter plates - made in London around 1550, and were probably destined for Spanish colonists in the Caribbean – were on board a ship that sank. They lay on the seabed for over 450 years before being salvaged in 2011. Pewter made before 1600 is exceptionally rare, but the Geffrye knows from documentary sources that the homes of the London middling sorts were busy with pewter. 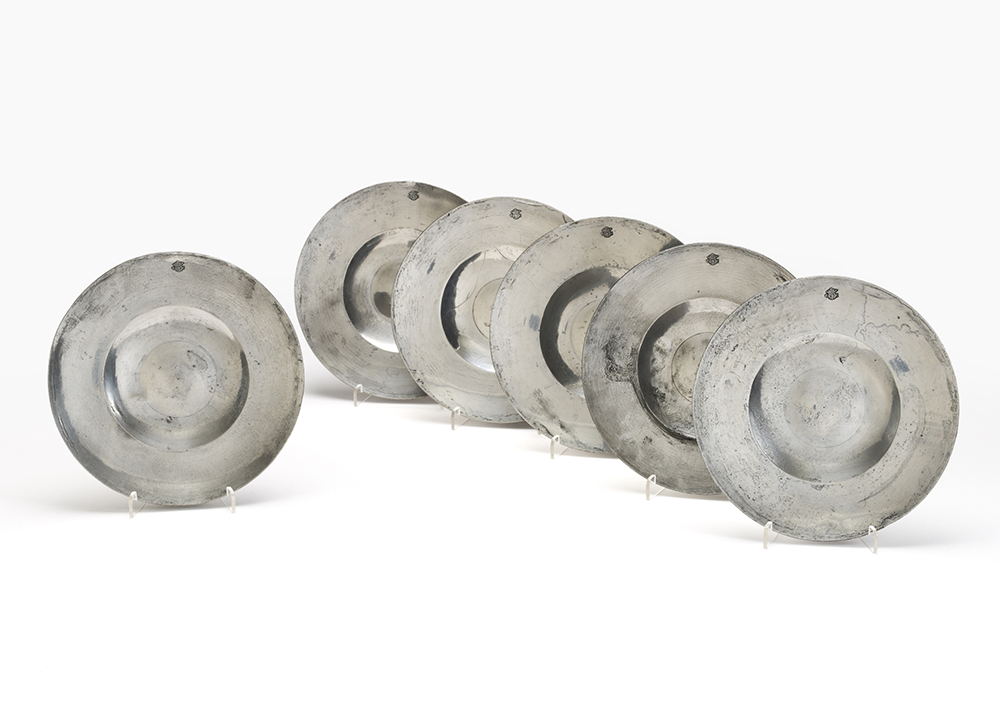 This idol of a mythical creature or 'Hentakoi' is from the Nicobar islands and was used to ward off illnesses and evil spirits. He was collected as a souvenir, but during the Victorian era his naked form was seen as shocking, and a modesty plaque was made to hide his exposed lower half! Now both the Scare Devil and the associated modesty plaque are displayed side by side, and the plaque is considered more surprising. This celebrated artwork is a sculptural assemblage of 150 dolls’ houses collected by Whiteread over 20 years. The houses are arranged as a sprawling hillside ‘community’. Lit from within, but deserted, their emptiness evokes haunting memories and melancholy.

A textile heart token at The Foundling Museum

This handmade heart token was kept as an identifying record of a child given up to the Foundling Hospital. The fabric would have either been provided by the mother or cut from the child’s clothing by nurses. The National Lottery Heritage Fund recently supported The Fallen Woman exhibition, which explored previously unseen testimonies of mothers petitioning the Founding Hospital to take their babies. Memorandums relating to the Cornish Tongue at Cornwall Records Office

Cornish was not widely spoken at the time so this is a fascinating record of the language. Compiled between 1748-1753, this volume contains notes on Cornish grammar, Cornish-English and English-Cornish vocabularies, a list of place names in Cornwall with their parish and meaning, a list of surnames written differently in Cornish and English, the numbers, days and months in Cornish, and some writings in the Cornish language with their English translations. 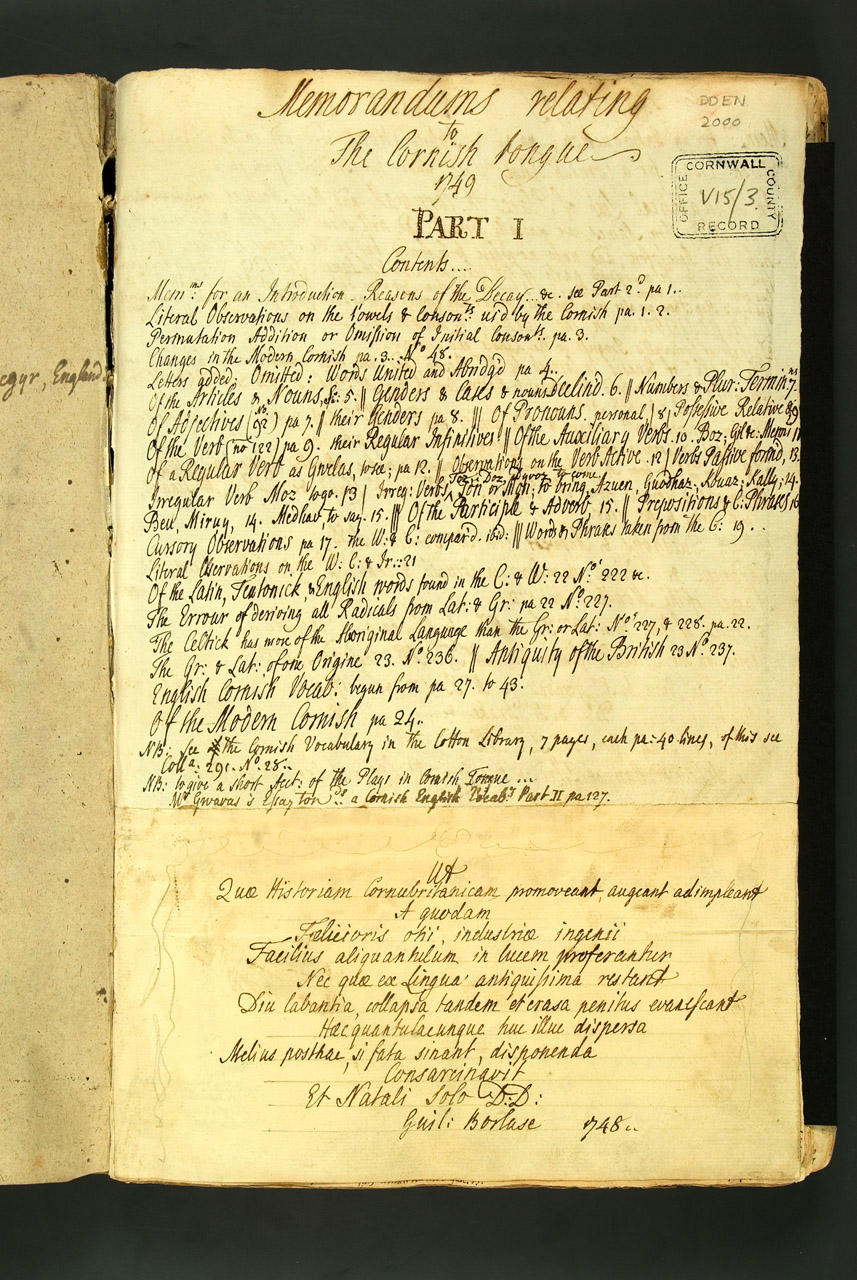 Once a famous local landmark – “turn right at the Elephant, then follow your nose…” – the Elephant & Castle had stood on the corner of Stafford Street and Cannock Road in Wolverhampton since 1905. It closed to public and in 2001 suffered an arson attack. It was controversially demolished almost overnight shortly afterwards.

When the Museum announced plans to re-create the Elephant & Castle, a member of the local community donated a green-glazed brick salvaged from the pub. 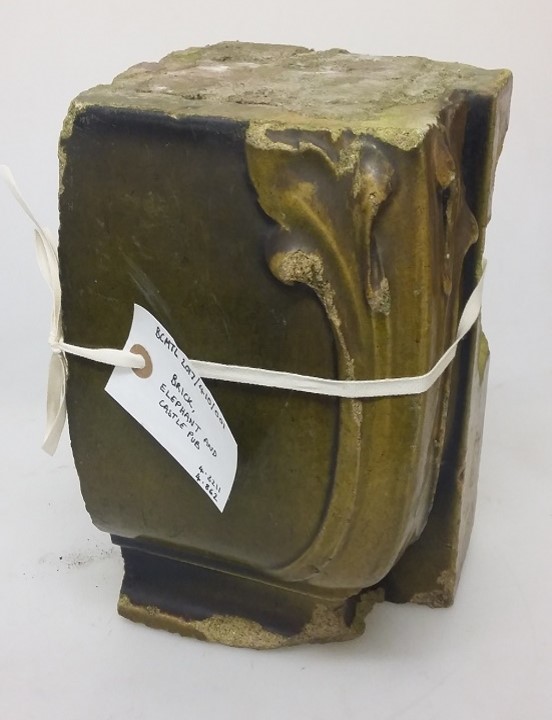 What's your stand-out museum specimen? Share your favourites on social media using #InternationalMuseumDay on 8 May, and don't forget to tag the National Lottery Heritage Fund.