Professor Sarah Lloyd of the University of Hertfordshire

Professor Sarah Lloyd of the University of Hertfordshire considers what she has learnt about the Centenary through directing the Everyday Lives in War Centre, which builds connections between university researchers and communities exploring the First World War.

Four years into the Centenary of the First World War, it is clear that many people are keen to mark the anniversary of a conflict that re-shaped the modern world.

Thousands of community-led projects have already researched war memorials and life on the British home front, and told the stories of individual soldiers and nurses. And with significant National Lottery investment through HLF, ideas, activities and events continue to develop.

Nationally, the BBC and the Government have also been active around the anniversary. No-one knew in 2014 quite how wide the audience would be, but the power of the arts in particular to intrigue and to reach people is now evident: who could have anticipated then the response to the poppy installation Blood Swept Lands and Seas of Red at the Tower of London or We’re Here Because We’re Here last summer?

This year official commemoration focuses on the descendants of soldiers who fought at the Battle of Passchendaele in 1917. It’s a family-centred approach that creates an immediate and powerful connection. But what about those who have no personal link through which to imagine the past: what does the First World War mean to them?

If we take a closer look at the Centenary, we find valuable clues to help us understand the ways in which people in the UK engage with history and heritage.

There are a lot of stories about the First World War, and we’re all interested in a good story. But not every story. The ceramic poppies make visible the number of military dead on the British side, not the casualties on all sides. What if we imagined a global total? That, I am often told, is just ‘too big’ to contemplate.

We hear stories about brave soldiers dying for their country, but what about men who survived the war? It often comes as a surprise to learn that over 85% of those who were mobilised went home. What happened to them, and how were they affected by their experiences of war and peace? How did children born in the 1920s carry the traces of the conflict?

There is a lot of interest in hidden histories and untold stories, but again that’s selective. Some groups have started to research African, Caribbean and South-East Asian soldiers. However we still know little or nothing about the civilian communities they came from, which is striking considering how much we know about the UK home front.

More attention is given to soldiers who volunteered enthusiastically in 1914 than to those who were conscripted in 1916. Conscientious objectors are assiduously traced, but what about those who joined up reluctantly and who had their own understanding of patriotism?

In short, military history and total war, courage and sacrifice, command our notice in the 21st century.

A family and personal connection is a major determinant of interest.

As Jay Winter has remarked, the First World War was a conflict in which family history and world history crossed. And the Centenary lends itself to techniques of genealogical research: names on war memorials; Imperial War Museum online invitations to reconstruct military lives; the 1911 census as a window into neighbourhoods, families and communities.

Local histories are of people who once lived in that place, but there are other sorts of community too, communities shaped by experience and identity. Young people in care have asked the simple but profound question, ‘what happened to children like us?’ (Something that historians hadn’t really thought about). LGBTQI individuals and groups look back for signs of people like themselves, those whose lives have been hidden.

Involvement in centenary projects, whether deliberately or indirectly, develops our skills: skills in research, literacy or performance, in developing historical empathy, collaboration and working in partnerships. In this sense, therefore, historical commemoration and community research are concerned with the present and are future-looking.

So what implications do these patterns have?

We all use stories to understand an impossibly complex past. Similarly, images of red poppies or soldiers in silhouette walking along a ridge are an immediately recognizable shorthand for ideas and feelings. We tell the stories we like or can relate to. Asserting that a story matters applies a value judgement; hearing similar stories repeatedly can make them seem more important than others. But individuals and groups with different interests or perspective have to find a way past those dominant accounts if they are to make their voices heard.

Well-known stories can make it difficult to imagine different questions. They may mislead: those soldiers on the ridge are commonly assumed to be British, but they were Australians.

Personal connection generates passionate interest in specific First World War stories, uncovering new knowledge and attracting new audiences. While some topics bring diverse groups together – conscientious objection is one – in other contexts this can produce inattention to other people’s experiences or make it difficult to hear alternative accounts.

It’s interesting how often organisers think a commemorative event has been successful if it has made people cry. Emotional responses to the war have become an expectation, an obligation even. This can however downplay the possibility of other responses or actions. Supposing what we hear makes us feel angry, uncomfortable or puzzled? As a result, we often look for inspirational stories: accounts of courage, endurance and sacrifice. Other experiences, which have a more complicated legacy, remain to be lived with or they simply go unrecognised by wider audiences. These can be painful processes.

To go beyond the familiar requires confidence, which is precisely why the social outcomes of these projects matter. The local war memorial has appealed to community groups in part because it offers a template to follow. So as community researchers gain confidence in their own skills, it will be interesting to see whether they take on more complicated and perhaps more contentious questions.

Today, there’s a social and political urgency around listening, around recognising voices that are not silent but are already speaking, about acting on what we may not want to hear either individually or collectively. The First World War Centenary sits in that discussion too because the dynamics and power of history and heritage are so bound up with the present and futures of diverse communities in 21st-century Britain. 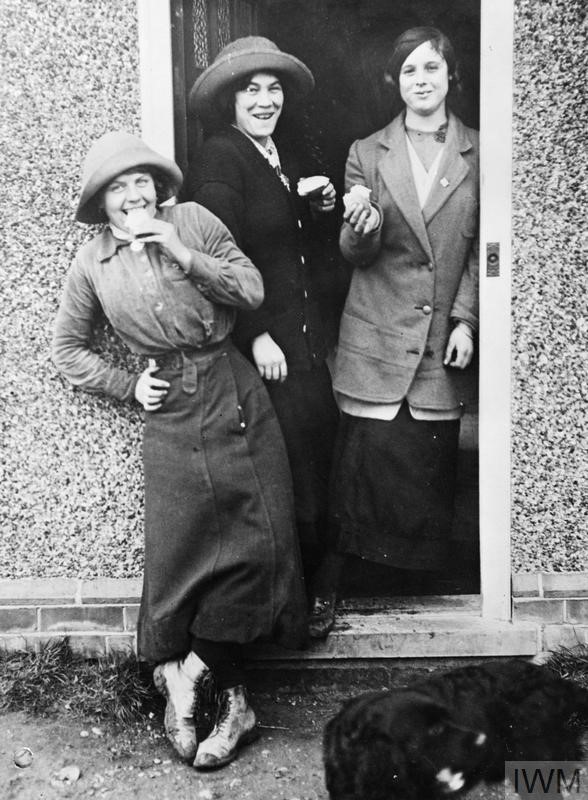 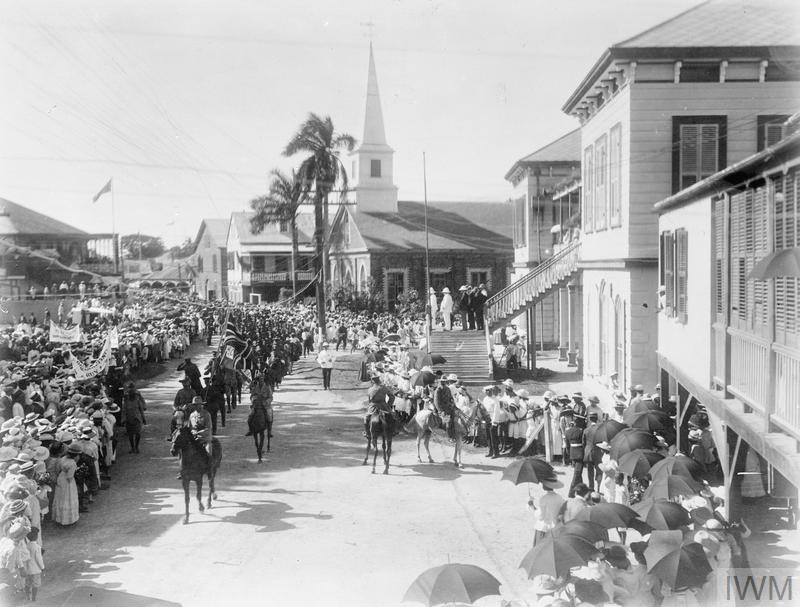 Recruiting and Training in the West Indies: Jamaica: A contingent of West Indian troops marching through Kingston, Jamaica on the way to the harbour, 1916 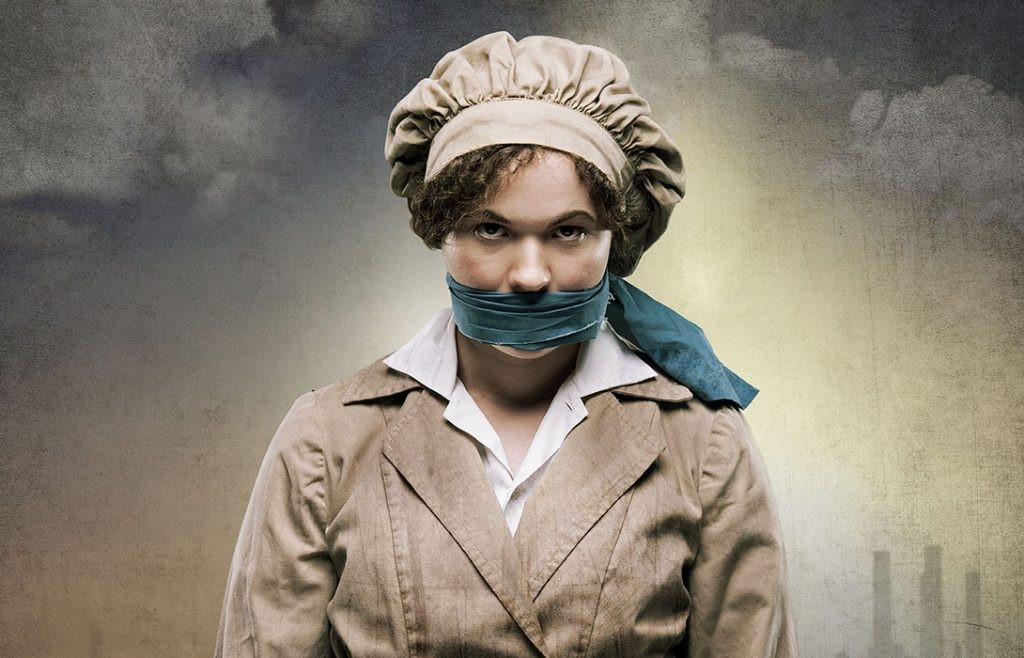 The 306: Day, a performance by the National Theatre of Scotland