Phasing our vision of Beaumont Park

What do we mean by 'phasing'?

Phasing the development and vision of projects allows you to provide tangible improvements to key stakeholders (especially the general public), while ensuring the project remains managable and sustainable. It also allows you to self-evaluate the project as you go along to ensure the grant money is being put to the best use. At Beaumont Park we took this step-by-step approach with this at the forefront of our minds.

The creation of the Friends of Beaumont Park

Beaumont Park is a magnificent park with ornate features, cascades, grottos, steep cliffs and picturesque woodland walks for all the family. Led by the Friends of Beaumont Park, the park has undergone a long-term period of restoration.

The story begins in 1998, where a pavilion at the top end of Beaumont Park was demolished. This prompted local residents to come together as a Friends group. Initially working as a pressure group, the Friends developed a co-operative relationship with Kirklees Council to affect change in the Park.

In 2003 the Council commissioned reports to regenerate three parks, including Beaumont Park. However it became apparent that the money would not be available for us so we decided to cherry-pick various smaller projects to gradually restore the park over a longer time period, essentially to phase our longer term plans and allow us to take the lead.

HLF support for the park

In 2003 we approached HLF for a grant of £49,000 for signage which enabled us to create a website to give us a media presence. By creating a logo and publishing leaflets about the park and its history we created an identity for the park. The Friends started to organise events in the park which were well supported and improved our offer for visitors.

When the signage project was completed in 2008 we realised that there was a demand for more entertainment in the park. We received a grant of £19,000 to research the history of music in the park with a view to restoring the original bandstand, of which only the base remained. After the volunteers had done their research we held an exhibition in our visitor centre which enabled us to approach the general public to gain their support for the project.

[quote]"This steady, step-by-step approach has been more manageable for the Friends allowing us to broaden the use and appeal of the Park..."[/quote]

The successful completion of that grant enabled us to obtain a grant of £165,000 to restore the bandstand using the original design taken from old photographs. This was a joint project with Kirklees Council and the bandstand was completed in 2011 in time for the summer season of events. We now have a varied programme of events each year including all types of music from brass bands to swing, jazz, rock and roll. The local school put on a 'Battle of the Bands' performance each year bringing together bands from the other schools in the region.

The restoration of the bandstand has been a hugely successful project as it has brought to the park many more people who use our visitor centre and food stalls to purchase cake, tea and coffee which brings in an income for the Friends to enable us to sustain our events programme.

Below the park was an old railway line to Meltham which closed in 1967 which had become overgrown with sycamores and was extremely muddy so very few people used the track. In 2012 we applied for an Our Heritage grant to involve local schools researching the history of the old railway line, learning about the habitats and species in the woodland and designing a woodland trail. The biggest success was commissioning a forest school practitioner to educate a teacher from each of the local schools in forest school techniques resulting in schools regularly bringing pupils to the park.

After generating consistent and increased use of the park, more space was needed to accommodate our activities and our most recent HLF project has been to restore the pavilion that was demolished in 1998.

The benefits of a gradual approach

This steady, step-by-step approach has been more manageable for the Friends allowing us to broaden the use and appeal of the Park, as well as enabling us to maintain a close relationship with Kirklees Council.

There is always a job to do in a park and people want to see things happening. People care about the park, so by taking things one step at a time – ‘project by project’ – they could see a steady improvement. These successes persuaded more volunteers to come forward and we now have teams responsible for catering, events, conservation, infrastructure, publicity and community development.

We would not have been able to achieve the restoration without the relationship we have developed with the HLF team who understood the enormity of the task but had faith in our ability to deliver. 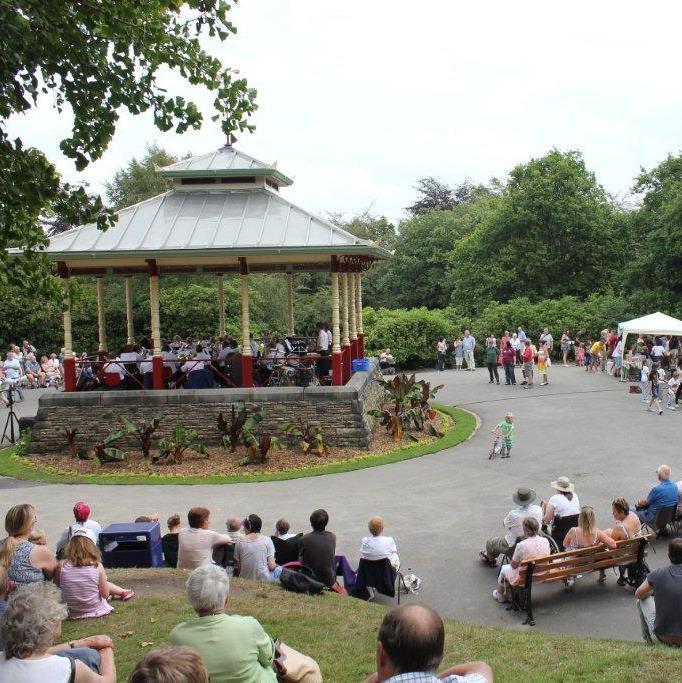