It is 100 years since First World War conscription began. Record Assistant Ruth Rising reveals a project opening up records which have remained untouched for a century.

Compulsory military service - or conscription - first came into effect on this day 100 years ago with the Military Service Act of 1916.

Thousands of men appealed against conscription, but with few exceptions, the records created by the appeal tribunals were destroyed after the war. By oversight, the North Riding records survived and have remained undisturbed ever since. As one of only a handful of known appeal tribunal collections, this is an important archive which will reveal the many issues which led men to appeal against conscription.

We are currently recruiting volunteers to catalogue, transcribe, conserve and digitise thousands of the appeal tribunal case files. It is hoped that opening up access to these unique documents will enable communities to gain a greater understanding of the sensitive issue of conscription, the work of the tribunals and the social and working conditions of the time.

What are the Appeal Tribunal papers?

The Appeal Tribunal papers are requests made by men to defer the date of conscription or to be exempt from compulsory military service.

Cases were first heard by a local tribunal which may have interviewed the man putting forward the appeal, or read through the statements and come to a decision. Men who were unhappy with the local tribunal’s decision could take their case to the county appeal tribunal. The appeal files include the local decision and the reasons for it as well as statements from the appellant and often supporting statements from doctors, solicitors, ministers, vicars and employers.

What do the Appeal Tribunal papers tell us?

Although our project is only just beginning to explore the files, many compelling stories are emerging about men’s personal and family circumstances and the reasons they gave for seeking exemption.

[quote]"We hope that volunteers will be inspired to research the lives of some of the men and discover what happened to them after the tribunals made their fateful decisions."[/quote]

What about conscientious objectors?

The most famous category of exemption was conscientious objection – because of political, humanitarian or religious beliefs - and the files have already revealed one appeal on these grounds.

Many conscientious objectors were from the Society of Friends or Quakers but William Midgley was a Wesleyan Methodist who stated that he believed 'that all war is contrary to the teachings of Jesus Christ and therefore detrimental to the progress of humanity' and that he 'would be willing to accept work of national importance which would be the means of helping the civil population.' The tribunal found in his favour and Midgley was exempt.

What will the project achieve?

The main aim of our project is to enable communities to gain a wider understanding of the work of the tribunals and how their locality was affected. We will open up the files, tell the stories held within them and reveal a hidden part of North Yorkshire’s history for the first time.

We hope that volunteers will be inspired to research the lives of some of the men and discover what happened to them after the tribunals made their fateful decisions. The story of their lives will be told online and in a travelling exhibition which will visit community venues around the county.

How can I get involved?

If you would like to volunteer on this fascinating project, please contact Ruth Rising, North Yorkshire County Record Office on tel: 01609 535053 or via email.

The Grounds for Appeal project was funded by HLF’s First World War: Then and Now programme. The funding remains open until 2018 and provides grants of between £3,000 and £10,000. 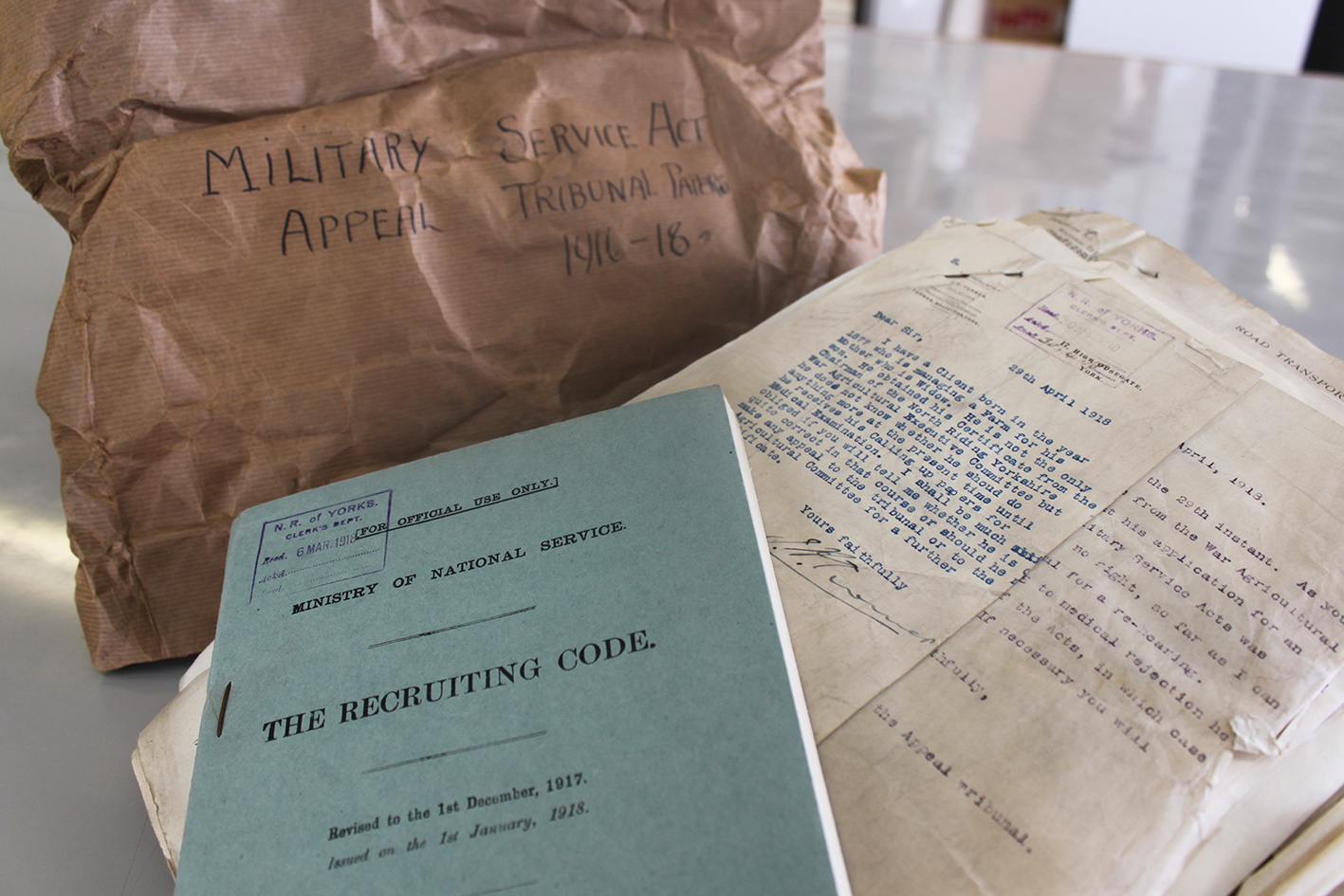