To mark Train Day 2017, Paul Kirkman, Director of the National Railway Museum, looks at how National Lottery funding has helped the museum bring the past to life.

March 2017. I’m standing on the train platform at Keighley station holding my mobile phone up, surrounded by hundreds trying to capture the Flying Scotsman in full steam coming to a majestic halt. It was just one moment of several recently where I’ve had the privilege to see so much joy brought to so many by this legendary engine, the 60103.

Taking a moment to consider Train Day it is apt to acknowledge how HLF has been able to help the National Railway Museum develop our mission in bringing to life the past, present and future of the railway while continuing to preserve the nation’s railway history. The Flying Scotsman is just one, albeit significant, example of how HLF has been and continues to be one of our most important supporters over the past 10 years.

Whether you’re aged 8 or 88 I think it’s no exaggeration to say the Flying Scotsman has captured the public’s hearts and imaginations and continues to inspire conversations about engineering while drawing a crowd wherever it goes.

Without the help to purchase then restore this iconic engine, there would have been no glorious return to steam where tens of thousands of people, from fascinated bystanders to train fans young and old, crowded the fences and squeezed into York station to witness the inaugural run up the East Coast Mainline from King’s Cross.

[quote]“The Flying Scotsman is just one, albeit significant, example of how HLF has been and continues to be one of our most important supporters over the past 10 years.”[/quote]

And then, just a few weeks ago, thousands lined the tracks to see a world’s first and the "past, present and future of the railway" with Flying Scotsman featuring alongside the next generation Hitachi high-speed Virgin Azuma train. This was a great example of how we’ve been able to use this locomotive to put a spotlight on and champion both past and future innovation to a wide audience.

In case you didn’t know it - the story of the Scotsman’s restoration is one of hard work and collaboration. After purchasing Flying Scotsman for £2.3million in 2004, thanks largely to a £1.8m grant from NHMF to help keep the steam engine in the UK, National Lottery players had a significant hand in the subsequent restoration as a result of an important HLF grant of £275,000 which came at a crucial time.

It’s no secret the 2008 financial crisis hit the cultural sector hard and along with a decline in grant aid, museums have had to work both harder and smarter to ensure they continue to meet the needs of the public while preserving essential aspects of our history and culture.

As such, it’s no surprise the extent of HLF support for the National Railway Museum does not begin and end with the Flying Scotsman. The most significant grant awarded to date saw the creation of an exciting new railway museum for the North East of England called Locomotion - The National Railway Museum at Shildon. This project received £5m from HLF which was match-funded by the European Regional Development Fund. Awarded in 2000, the HLF grant enabled the complete refurbishment of the former Timothy Hackworth Museum in County Durham as well as the construction of a brand-new collections centre showcasing the large number of vehicles owned by the National Railway Museum that were not on display due to space constraints.

[quote]“Providing an important focus for economic and social regeneration, Shildon is a much-loved part of the local community.”[/quote]

Completed in 2004, the project proved an instant success in terms of visitor numbers: at the time of opening it was estimated that 40,000 people would visit Shildon each year, but in reality more than 100,000 visited in the first six months. And the benefits aren’t just for the visitor. Locomotion at Shildon is an important part of the local economy and supports around 20 full-time equivalent members of staff (from both Durham County Council and the Science Museum Group) as well as being generously supported by a large team of friends and volunteers.

Since 2004 the museum has trained five apprentices in highly prized engineering skills and hosted many thousands of educational school visitors from across the region. Providing an important focus for economic and social regeneration, Shildon is a much-loved part of the local community and has grown to become one of the largest visitor attractions in the region, last year receiving a more than healthy 230,000 visits.

A broad range of railway heritage

On Train Day, it’s also fitting to reference how HLF support has directly allowed a different kind of interest in the railway to grow, this time with the significant investment of almost £1m to help open our hugely successful Search Engine library (and archive) in 2005. Funded in partnership with the Higher Education Funding Council, this library facility has enabled us to give academics and members of the public fantastic and increased access to our vast archive collection – one of the largest and richest collections of railway objects and history in the world.

As well as these big headlines, there has been support for smaller projects like our First World War Ambulance Train exhibition with a HLF grant of almost £1m in 2015. Exploring the role of the railways during the Great War, the centrepiece was a restored London and South Western Railway coach memorably presented as an ambulance train carriage in a new and innovative way.

[quote]“It’s fitting to thank the HLF and ultimately members of the public for their invaluable and continuing support.”[/quote]

Then most recently, underlining the rich social history of our railway story, the HLF has provided £10m to make Great Central Railway, a unique ‘preserved’ railway between Loughborough and Leicester, the home to a new railway museum which is set to open in 2021. This museum will be home to a number of locomotives from the National Railway Museum’s collection such as the V2 class Green Arrow and will increase the reach and the impact of our collection to millions more.

Considering all the above and the various stories we present of the past, present and future of the Railway, it’s important to say that HLF grants along with the support of our other partners has played a vital role in enabling the National Railway Museum to provide all this for free.

Looking to the future I’m sure there will be large and small ways that the National Railway Museum and HLF will continue to work together and as we mark the occasion of National Train Day it’s fitting to thank the HLF and ultimately members of the public, for their invaluable and continuing support. Full steam ahead for Flying Scotsman 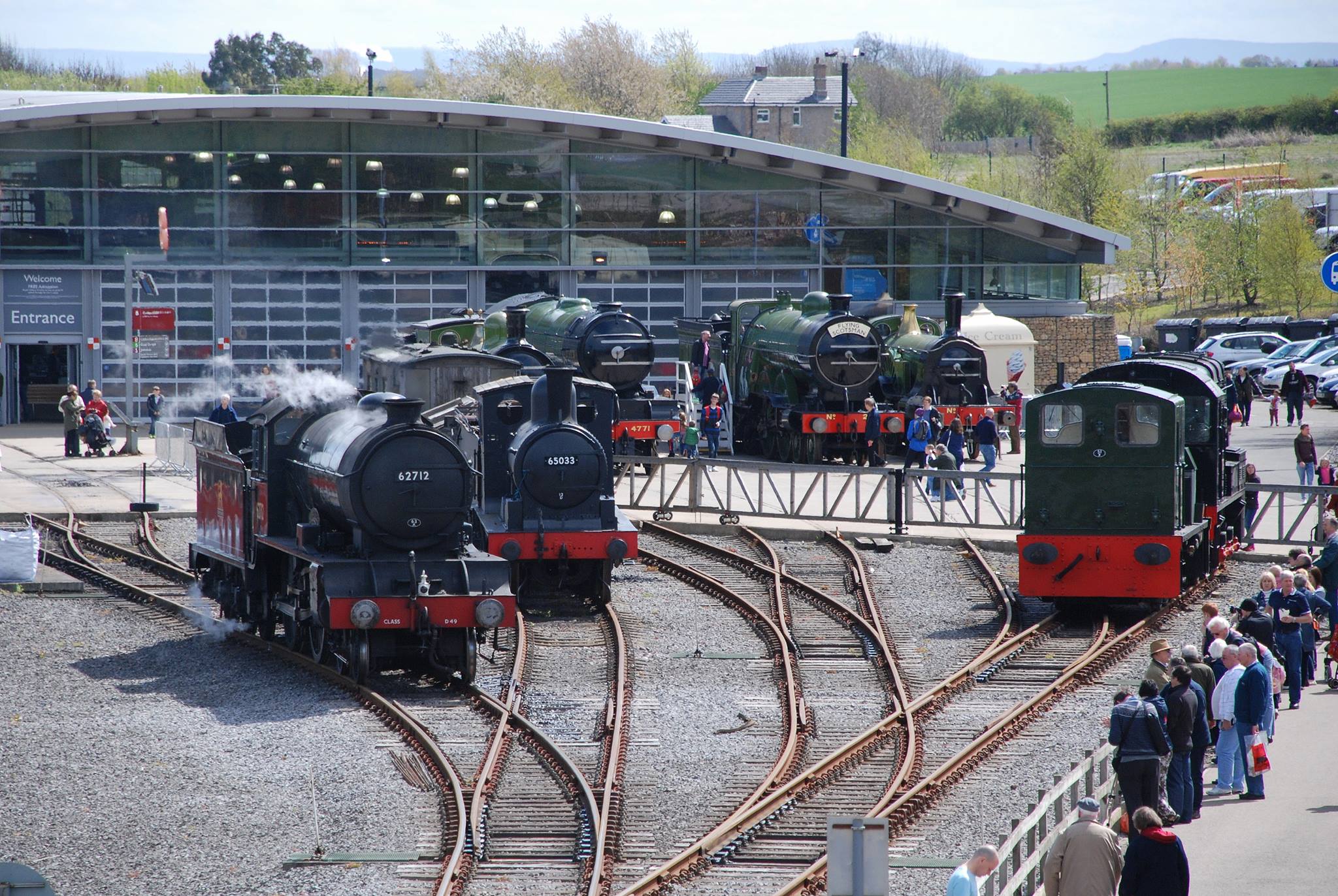